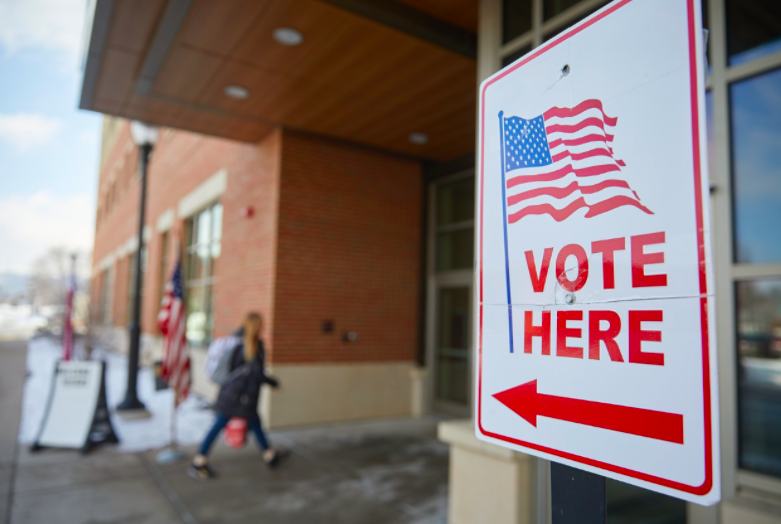 The statewide Wisconsin primary election will be held on Tuesday, Feb. 16, with the general election following on April 6. Applications for voting absentee by mail will be accepted until Feb. 11, and many in-person voting options remain available after that date. La Crosse ballots will include the statewide vote both for State Superintendent of Public Instruction and the vote for mayor La Crosse.

The city of La Crosse strongly urges voters to register early for elections. According to the La Crosse website, it is important that you know how your residency affects your voting status; “If you have moved or changed your name since you last voted, you need to re-register.”

Early registration can occur at the Municipal Clerk’s office before close Feb. 12, or online at MyVote.wi.gov up to 20 days before an election. Day-of registration at polling places is also an option. To register day-of proof of residence is required. The La Crosse city website lists several examples of appropriate documentation including a current and valid Wisconsin driver’s license or identification card, a bank statement or paycheck, or a residential care facility contract or intake form.

Those who wish to check their registration status can do so at MyVote.wi.gov.

Due to the COVID-19 pandemic, many voters chose to vote absentee by mail or early in-person during the 2020 presidential election. For the primary election on Feb. 16, similar options are available for voters to consider as they create their voting plan.

The deadline for absentee by mail applications is Feb. 11. Mail-in ballots must be received by 8 p.m. on Feb. 16, in the mail, in public drop boxes, or by delivering the ballot to the proper polling place.

If not already registered for absentee by mail voting, in-person voting is available in several forms. In La Crosse, voters can vote an in-person absentee ballot at the City Clerk’s Office from Feb. 2, through Feb. 12. Hours for absentee in-person voting are from 10 a.m. to 2 p.m. Monday-Friday. On Feb. 12, hours will be extended to 9 a.m. to 5 p.m.

To vote in-person on Feb. 16, voters should bring a photo ID to their designated polling place during the designated hours. Polling locations and hours can be found on MyVote.wi.gov.

For students, The University of Wisconsin–La Crosse Student Union is a polling place for residents of Ward 8 in La Crosse, WI, and will be open for voting from 7 a.m. to 8 p.m. on Feb. 16.

The Superintendent of Public Instruction position is held for four years. A description of the powers and duties of the position, as listed in Wisconsin Statutes Chapter 115.28 include, “Ascertain the condition of the public schools, stimulate interest in education and spread as widely as possible a knowledge of the means and methods which may be employed to improve the schools…Supervise and inspect the public schools and day schools for children with disabilities, advise the principals and local authorities thereof and give assistance in organizing such schools.”

Other duties of the role include serving as a representation on several educational boards, dispersing aid to schools, influencing curriculum decisions, and managing other resources such as library materials and school nurses.

The position of Mayor is held for four years. The current Mayor Tim Kabat held the position for two terms after being elected in 2013 and is not running for re-election.

Wisconsin Statutes chapter 62.09(8)(a) says that the mayor, “shall be the chief executive officer. The mayor shall take care that city ordinances and state laws are observed and enforced and that all city officers and employees discharge their duties.”

Other duties of the mayor include being the head of city councils and serving as the head of the city.

Sample ballots can be viewed at MyVote.wi.gov.

Voting resources are available for those seeking more information or who have specific voting concerns. Websites such as MyVote.wi.org and the La Crosse city webpage can be access points for voting information. For information about voters’ rights, ACLU can connect voters with additional resources.

For additional information about candidates for the State Superintendent of Public, visit wisconsinvote.org.