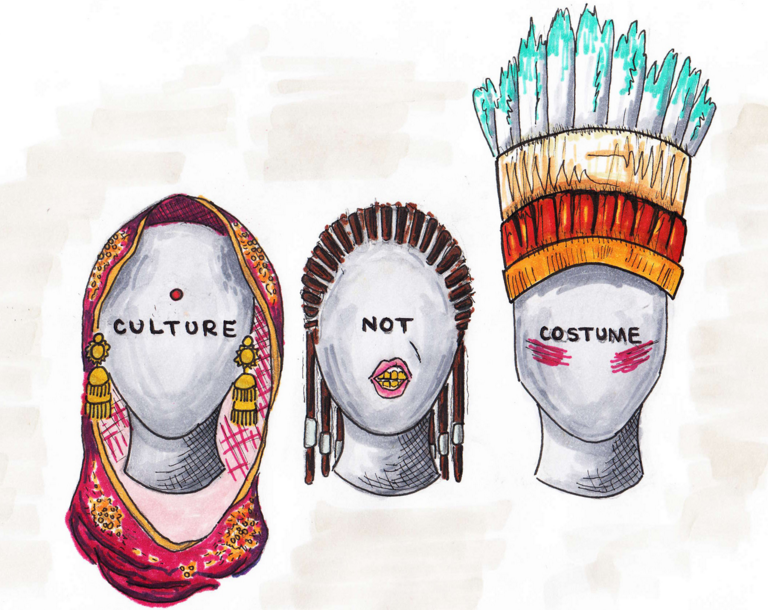 Halloween is already brewing here at the University of Wisconsin – La Crosse campus and the student body is ready to be decked out in their costumes to enjoy yet again one of the most college savvy holidays.

Between deciding what to wear and where to buy it, do you ever take a second to think about what your costume means? Halloween is known as the holiday where you get to be whatever you want to be for one night, and one night only, but how many of the things that you are dressing up as are identities that people have to “wear” every day of their lives? This is where cultural appropriation comes into play.

Cultural appropriation, the adoption of elements of one culture by members who are not in the culture, or dressing up for Halloween as an identity you do not hold, is wrong.

Where do you draw the line between a good costume and an offensive one? Easy. If someone dressed up as you for Halloween by ostracizing your identities, how would you feel?

Cultural appropriation usually involves one dominant culture “borrowing” the culture of a smaller group for the night without actually experiencing the life of that identity, therefore making a mockery of the culture. This issue can be present in an array of costumes. Dressing up as another culture you do not carry such as a Native American or a Muslim, or any other marginalized identity – you may be presenting the idea that you do not respect that culture or do not value them as a member of society.

The questions that you have to ask yourself before choosing a costume that may be offensive are – why you are dressing up as it? Why are you “borrowing” the culture? How respectful is this to the culture?

It truly comes down to respect and context. Yes, being a part of a singular culture may be boring at times, but by assimilating yourself into a culture that has been recently attacked, oppressed, or discriminated against you are not joining that culture by dressing up as them but demonstrating that you hold privilege within your identities that are not being oppressed and you do not have to worry about that in day to day life.

Even though cultural appropriation is an all year idea, it gets especially tricky around Halloween. It tends to dehumanize a group and makes them feel like a costume instead of a culture. What are they? A ghost? Vampire? No. They are real people and an unrepresented group at that.

You may be asking yourself what is ok if you are worried your costume is going to be offensive. If you are dressing up as a traditional scary costume such as a devil, skeleton, or ghost, that is all fair game. Famous people, movie characters, or well-known Halloween costumes are good as well. But, when you start dressing up in something that your coworker, family member or friend would wear such hijab or any of the traditional or stereotyped costumes of their culture, that is where the line is drawn.

Normally, the costumes that people dress up as that are offensive represent the stigma of one group, a stigma they have to wear every day. When Halloween is over you can take off the black face, radical latin outfit, or traditional Native American wear, but those who possess the marginalized identity cannot, so your offensive costume not only continues the stigma but reinforces that you do not care if you are doing so.

Think about your costumes this weekend UWL, cultural appropriation is something we can avoid, how will you make a difference, how will you stomp out the stigma?