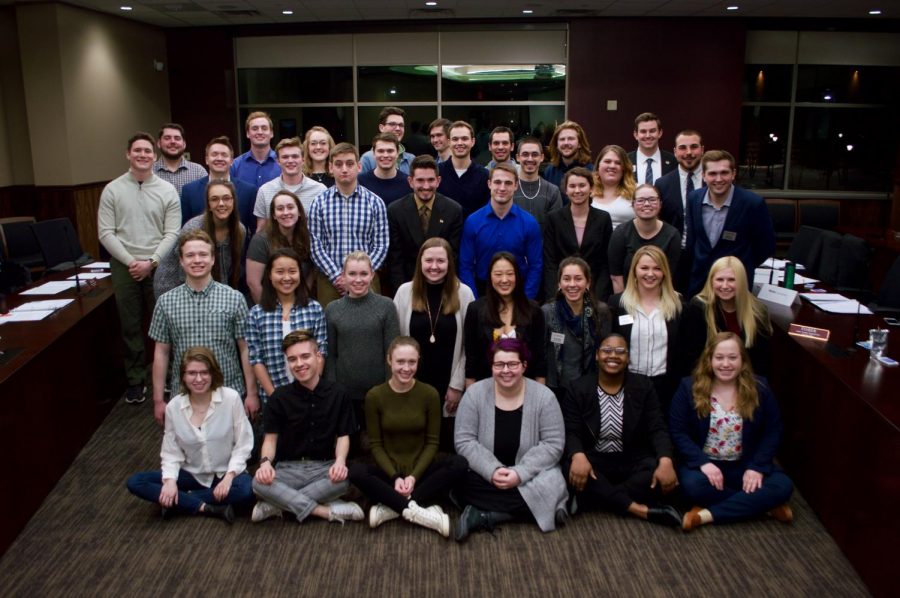 On Wednesday, Feb. 27, University of Wisconsin–La Crosse Student Senate had their fourth meeting of the semester.

Guest speaker Dr. Heim the UW-L legislative liaison, began the Senate meeting acknowledging Wisconsin’s divided state—a republican legislature and a democratic governor. Gov. Evers will release his state budget on Feb. 28, which will then be discussed and revised over the next several months. One proposal Evers has in the budget is a two–year tuition freeze for the University of Wisconsin system. The budget completion date is set for Jul. 1, dependent on the parties’ cooperation. Heim is optimistic that parties will compromise, because “they can’t do it without each other,” said Heim, “the wisest thing to do is to get along with both sides.”

The University of Wisconsin system has lost over one billion dollars in the past ten years. “UWL is in good shape though,” said Heim. Due to higher tuition at UWL and its students’ advocacy, the school hasn’t been suffering. Heim reminded the Senate that budget advocacy means voting. “Never forget that politicians count votes,” said Heim, “This campus is known, by the entire state, to have a strong student turnout every election. And that’s really a strength. [Politicians] pay attention to us because students vote.”

The Student Senate is looking at a two and a half percent increase in the dining hall budget which would offer over two additional days of service preceding the start of fall semester. Additionally the Senate discussed extending Whitney Dining Hall hours past 7:30p.m. on weekdays. Students with meal plans enrolled in night classes would benefit from this. “For education majors this effects you a lot,” said Sen. Stock, “field experience is during the day, so your in–person classes are required to be longe and you are not getting out of class until 7 or 8 at night.”

Sustainability Director Wolfe announced that UWL will be engaging in a six–month challenge with Trex , a leading company in recycled material manufacturing. The goal is to collect five hundred pounds of recycled plastic bags in 6 months. If the University meets this goal Trex will donate a sustainably built bench to the UW-L campus. Garbage bins will be labeled and dispersed in residence halls and throughout campus. Acceptable materials include clean grocery bags, bread bags, case overwrap, dry–cleaning bags, newspaper sleeves, ice bags, wood pellet bags, ziplock bags, produce bags and bubble wrap.

“If you think about it, we only need half of our campus to bring in 8 bags,” said Vice Pres. Jurecki, “this is possible and I’m really gung ho about this project.”