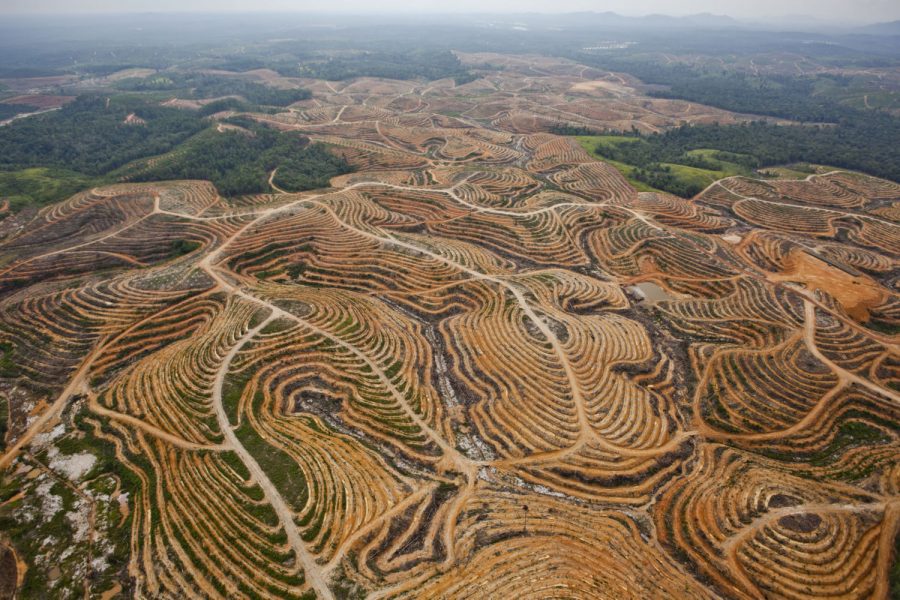 Is deforestation in your daily routine?

There is an ingredient hiding in half of the consumer products in the American home. Its common name is palm oil, though it can be disguised as vegetable oil, vegetable fat, palm kernel, palm kernel oil, palm fruit oil, and palmate. A couple household items that contain palm oil are lotion, shampoo, frozen pizza, candles, lip stick, detergents, even chocolate, ice cream, and peanut butter. 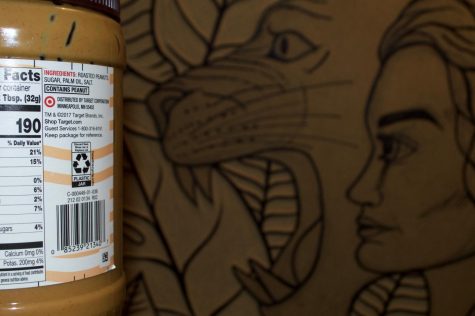 Carly Rundle-BorchertPalm oil is present in common household groceries, such as peanut butter.

According to the Rainforest Rescue Organization, over 270 million acres of land on Earth has been cleared of its native plants, animals, and people in tropical climates like Indonesia, Malaysia, Africa, and South America. These economies temporarily benefit from the local employment provided by this tropical tree, but the social and environmental costs outweigh the benefits.

Humans aren’t the only animals suffering unethical treatment due to palm oil consumption. Borneo and Sumatra in Southeast Asia house one of the most biodiverse and carbon rich rainforests in the world. They are “the only places on Earth where tigers, rhinos, orangutans, and elephants live together,” reported the World Wildlife Fund (WWF).

Plantation owners seek this carbon rich soil and continue deforestation. This process eats away at the animal’s surrounding home.

For instance, Sumatra tigers and rhinos currently face extinction with less than 675 remaining in the wild. WWF declares that the orangutan population in Borneo has decreased by over 50 percent in the past 60 years, and their habitat has shrunk by 55 percent in the last 20 years.

WWF reports that the release of carbon into the atmosphere from deforestation accounts for 15 percent of the greenhouse gas emissions contributing to climate change. The Union of Concerned Scientists stated palm cultivation is “responsible for 2 to 9 percent of worldwide emissions from tropical land use between 2000 and 2010.”

According to The Union of Concerned Scientists, Peatlands are large areas of carbon-rich forest swamps that hold up to 28 times more carbon than normal rainforests. Palm oil production causes these areas to be drained or burned.

Aside from the health impacts associated with the hazardous smog released from these burnings, these acts are a “huge source of global warming emissions associated with palm oil,” said The Union of Concerned Scientists.

Fortunately, a rhino-less, tiger-less and orangutan-less future does not have to become a reality. It all comes down to being a conscious consumer and lowering the demand for more tiger land.

Cargill, one of the leading palm oil purchaser’s world-wide, has made statements encouraging safer and more ethical practices, though they remain “one of the largest purchasers of palm oil from Guatemala,” says Humanosphere. Big businesses are failing to put their money where their “morals” are, which means the responsibility is in the hands the consumer.

There are companies that supply products made from sustainable palm oil. These products will contain the RSPO or the Green Palm label, which consumers can look for. Additionally, apps, such as Palm Smart, are available for download to help spot palm oil products.

When people become informed, spread the word, read the label and vote with their dollar, change will happen. A simple change in not using palm oil can protect habitats and earth from deforestation. There are many people, but only one Earth.