Access to Justice: The Path to Fair Courts in Wisconsin 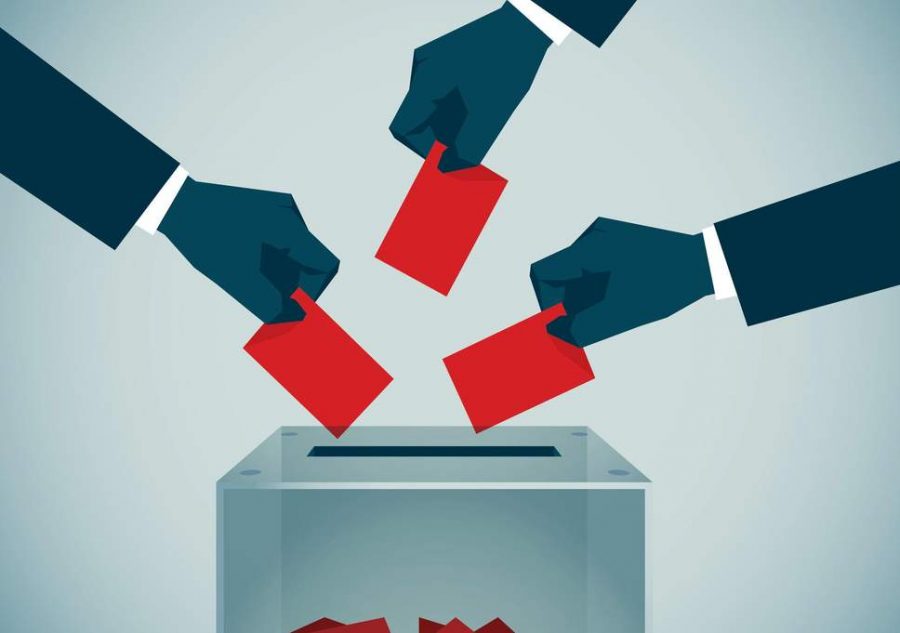 On Monday, Mar. 27 the University of Wisconsin-La Crosse hosted a town hall meeting in the Student Union Theater on the topic of “Access to Justice: The Path to Fair Courts in Wisconsin.”

The town hall, which was open to students, faculty, and the general public, was moderated by Dr. Anthony Chergosky a Political Science Professor at UWL and was comprised of five panelists. The participants included two former La Crosse County Circuit Court Judges John Perlich and Dale Pasell, Director of the D.B. Reinhart Institute for Ethics in Leadership at Viterbo College Dr. Richard Kyte, the Executive Director of Common Cause in Wisconsin Jay Heck, and the Executive Director of the Wisconsin League of Women Voters Erin Grunze.

The event began with an overview of Supreme Court Elections in the state of Wisconsin, with Heck describing their shift after an infusion of outside money in 1997 from nonpartisan to partisan events. He then introduced the concept of recusal rules which was the primary focus of the panel and discussed how Wisconsin has the 47th weakest recusal rules in the nation and explained how judges in Wisconsin are not required to recuse themselves from cases involving actors who may have financed their own elections, a possible conflict of interest.

The discussion took place in the context of the upcoming State Supreme Court Election between Appeals Judge Brian Hagedorn and Appeals Chief Judge Lisa Neubauer. Despite a large influx of outside money financing her campaign Judge Neubauer has expressed support for reforming recusal laws. Heck by contrast, described Judge Hagedorn as unclear and has refused to recuse himself in the past.

Each panelist gave an opening statement on the issue of strengthening recusal rules in Wisconsin which all panelists generally supported. Kyte referenced the strong ethical codes in the medical industry and stated that members of the judicial system should follow a similar path if they desired to maintain impartiality, “The most important reason professions eliminate conflict of interest is the reputation of the profession,” said Kyte.

Honor Dale Passell spoke next discussing his own career as a judge and the importance of an independent judiciary. Like Kyte he referred to impartiality, though discussed it through the lens of individual rights, saying that “[Every person] is entitled to a fair and impartial judge.” He noted three key demands that could strengthen impartiality in Wisconsin, that recusal decisions go on record, that an outside party decide if recusal is necessary, and the mandatory disclosure of campaign funding.

Judge John Perlich, describing himself as the “token conservative” of the panel, agreed with Passell, and talked about civil discourse in Supreme Court Elections. Noting the need for the public to have faith in the judicial system, saying “If there is a way, we can change this judicial rule, to make people feel better about our judicial system, then I’m in favor of it.” The final opening statement was given by Erin Grunze. Grunze also spoke about the importance of impartiality in the justice system and referenced her work as the Executive Director of the Wisconsin League of Women Voters, noting especially the group’s effort to maintain impartial and fair elections in the state.

Following the opening statements, several citizens voiced their thoughts and questions regarding the issue of judicial recusal. “Somebody needs to step forward and take the money out of this part of our electoral system,” one citizen commented.

Pasell noted this type of reform would be difficult, pointing out that major contributors to campaigns are aware they are buying influence. “There’s a reason people are contributing millions of dollars to judicial candidates,” he noted.

Pasell also said the difficulties of grassroots reform, but maintained it was still possible to pressure the legislature into action. “If people think they’re important enough,” he said, “they’re going to have some sort of an impact.”