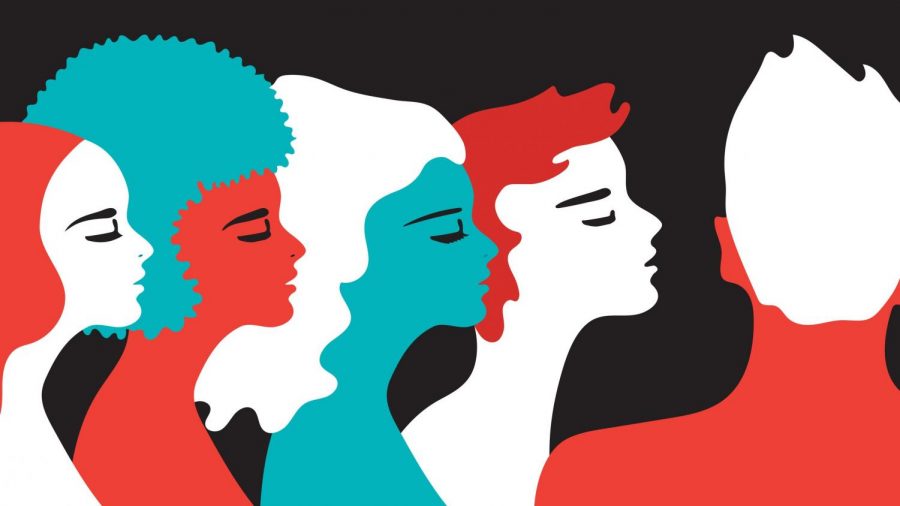 “I believe that we have, probably, one in four women on our campus, and one in thirteen men that have experienced sexual violence. Those numbers seem to hold true across multiple studies. We just don’t see that many people coming forward,” said Ingrid Peterson, the Violence Prevention Specialist at the University of Wisconsin-La Crosse.

Earlier this year, in an open records report granted to La Crosse Tribune reporter Kyle Farris, the numbers of several campus faculty reported incidents were released; since the fall of 2015, there have been 11 faculty involved reported incidents on campus.

“It’s difficult to talk about numbers and statistics because they can mean a lot of different things. People always talk about reporting rates, well what do you mean by reporting? To the police? To me? To their roommate?” said Peterson in an interview with The Racquet Press.

Reported numbers, according to Peterson, come from several different places, and are not independent of surrounding statistics, such as population or geographic location. Because of this, as well as what qualifies as report mandatory information, statistics vary. What remains consistent is the one-in-four statistic.

In addition to Peterson’s comment on the validity of the one in four at UWL, the University of Wisconsin-Madison hosted a survey that confirmed the same findings.

“The survey, released in October, found 1 out of 4 undergraduate women has experienced sexual assault involving physical force or inability to consent during her time at the University,” said Wisconsin Public Radio reporter Miranda Suarez in a podcast piece regarding the forum hosted at UW to reveal the data.

UW was one of the 33 schools to engage in the survey, sponsored by the Association of American Universities. The survey found that sexual assault and misconduct rates are higher than what is reported in hard statistics, according to President Mary Sue Coleman:

“First, rates of sexual assault and misconduct remain far too high. Some groups of students – including women, non-cisgender students, and others – continue to be victimized at disproportionately high rates.”

According to the Rape Abuse and Incest National Network (RAINN), 20% of female-identifying students choose to report sexual assault crimes, with reasons cited ranging from believing officials would have no effect to believing the crime was not important enough to report.

In 2005, Peterson attended a conference with contributions from the Department of Justice, “They did a couple of studies, and in 2005 they found that 34 out of every thousand college women became victims of an attempted or a completed sexual assault in just that one academic year that they did the study,” said Peterson. In 2018, 13 years later, the number declined roughly 1% –  to 33.4 out of 1,000. Peterson recognizes this statistic in her informative presentations.

Contextualized at UWL, that number means that about 370 women on-campus experience sexual violence annually. According to Peterson, numbers surrounding sexual assault cases are difficult because the crime itself is so traumatizing. She believes that many people never reach the point where they would consider reporting an option.

“I get about 100-125 referrals a year, is the standard. That includes not only sexual violence but domestic violence or dating violence, stalking… things of that nature. Something like one in four, might even be more like one in three women experience domestic violence in their lives. And we certainly see that on campus as well.”

There are currently 5,997 female-identifying students enrolled at UWL. Should the number of victims who are annually estimated to have experienced violence come forward, numbers would be closer to 1,500.

Peterson, when asked what methods or distinctions of reporting could be improved on at UWL, said that she wouldn’t change any current processes, but would add more measures of prevention.

“We focus a lot on prevention education, I think what needs to happen is a bigger focus on bystander intervention. Because I’m not honestly sure that offenders change from our educational efforts. Everyone coming into this university takes the same online two-hour course, that very clearly delineates what we consider sexual violence, and we still see reports of sexual assault. So I think a better of our energy is bystander intervention, where we teach everyone else on campus how to intervene. I think that’s where we should put our efforts,” said Peterson.

During the current semester, UWL Administration has addressed procedures of sexual misconduct via channels like the UWL website, and through listening sessions hosted by campus organizations. Students and organization officials have posed questions about the effectiveness of UWL procedures.

Discrepancies, said Peterson, are often the result of mandatory reporters making judgment calls as to whether or not an event qualifies for reporting measures. She said that there are technical cases where reporting is up to the discretion of the mandatory reporter, such as in cases where UWL students seek help for events that happened off-campus, before enrollment, or while studying abroad. This creates fluctuations in reporting accuracy.

Among the University of Wisconsin La Crosse System, UWL has a relatively low crime rate. Numbers for sexual assault are comparatively lower than other Universities in the system, (though the size, as Peterson mentions before, does play a role). However, this rate is “on the rise,” said Peterson, a possible cause of this being a more comprehensive awareness of resources and higher reporting rates.

Coleman said that the survey undergone by UW and 32 others, concludes that students know more about reporting procedures and resources than they did four years ago. However, she said, this doesn’t directly correlate to positive figures.

“But there is one significant downside to that increase in knowledge: While students know more about what sexual assault is and where to go if they are victimized than they did in 2015, the 2019 survey shows they still aren’t reporting assault or using resources for victims often enough,” said Coleman. “This study confirms that we still have work to do to make our campuses safer for all students. AAU and other colleges and universities must continue to educate students about how to report sexual assault and misconduct.”