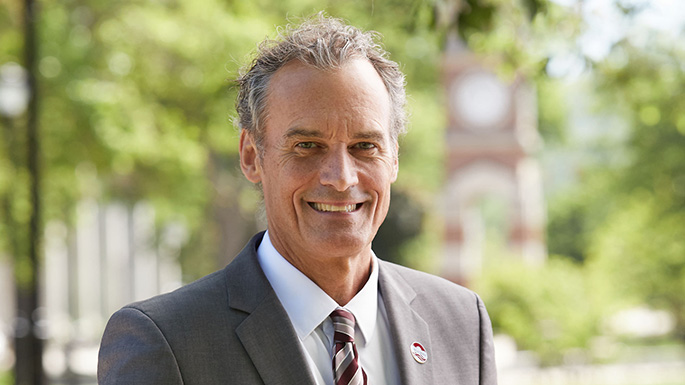 During the previous academic year, the UW System’s two-year universities underwent a merger with some of the four-year universities, rendering the UW Extension Chancellor Cathy Sandeen’s position unnecessary. The elimination of her salary allowed for a raise among the UW Chancellors, and as such the excess $270,774 was divided amongst them.

However, the event went unrealized on the campus events calendar and many UWL students did not know about the event until afterward. As a result, the board of regents audited Gow and had him personally pay for Hartley’s $5,000 speaking fee.

It was following this incident and the proceeding audit that Gow was denied a 25,600 raise in the wake of Sandeen’s salary redistribution in 2018.

The Wisconsin Board of Regents wrote a letter of reprimand to Gow, in response to the Nina Hartley Speaking event, commenting on Gow’s lack of correspondence with the board prior to the event, his judgment regarding sensitive topics and his history with mediated communication, as the letter insinuates that Gow has been contacted about his social presence in the past.

In the letter, President Ray Cross wrote, “In light of my prior cautions about your interactions with the media and your need for a public information officer, this should not have happened.”

As the board decided and passed the new wage distributions reasonings for doing so went undisclosed, however, the reasonings for Gow’s unrealized raise last fiscal year was explicitly stated in the letter of reprimand: “You are being reprimanded for exercising poor judgment and for a lack of responsible oversight with respect to the use of state funds. This will impact your salary adjustment which, along with all the other chancellors, will be before the Board in December,” wrote Cross.

Gow has been the source of an audit during the fall 2019 semester, as also stated in the letter. “Additionally, I will be calling for an audit of the sources and uses of the Chancellor’s Discretionary Fund for fiscal years 16, 17, 18 and 19 to date,” wrote Cross.

The lost raise in 2018 stabilized Gow’s stance as the lowest-paid Chancellor and the resulting percentage distribution leaves Gow with a minimum amount raise, similar to that of his interim colleagues, despite his position as the longest-tenured Chancellor.

Nicholas Fleisher, an associate professor at the University of Wisconsin-Milwaukee does not agree with the decision the Board of Regents made last year in response to Hartley’s visit. In an interview with The Daily Cardinal shortly after the event, he said, “I think that the response from Cross and Atwell is way over-the-top and deeply hypocritical given what the Board has done in the past year or two around ‘free speech’ on campus,” said Fleisher. “Gow should absolutely not be reprimanded.”

Hartley’s event was hosted during Free Speech Week at UWL, but in a letter to the La Crosse Tribune, Regent Bob Atwell expressed his opinion on Gow’s decision of seeing pornography as an option under free speech:

“In a recent op-ed, Chancellor Gow expressed admiration for Ms. Hartley’s strange comment that “fantasy is what we want; reality is what we negotiate.” I hope Dr. Gow comes to understand that there is much to pity and nothing to admire in this phrase. I suspect she is fantasizing about negotiating with the reality of life as a porn star too old to be much in demand. Rebranding herself as a paid advocate for sexual health isn’t going to restore her surrendered dignity. No amount of talking about condoms and consent will undo the damage she has done to herself and others.”

Regardless of the motivation behind the decision to maintain his lower salary, Gow’s effectiveness as a Chancellor, as is demonstrated in the feedback received by both superiors and subordinates, is determined by those affected by the consequences of his choices.