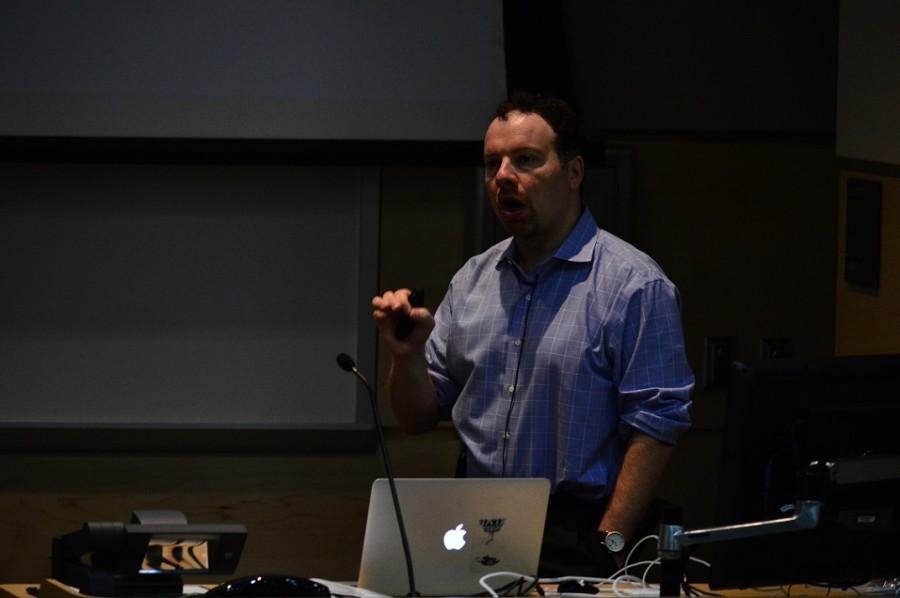 Does the universe expand? If so, does it decelerate or accelerate? What is dark energy? Is it good or bad? These questions were answered throughout the seminar about the Supernovae Reveal an Accelerating Universe. But to be honest, scientists and observers really do not know why many of these things actually occurred.

Supernovas are really rare to observe and are the key subject to predicting whether the universe is decelerating or accelerating.

“Supernovae’s (SN) occur one every 100 years, or you could say, one SN per 100 galaxies,” said 2009 Nobel Prize winner Adam Reiss during his speech on Thursday, Oct. 2 at UW-La Crosse.

The data that Adam Reiss and his team collected and produced had a negative mass. However, it’s simply not possible to have a negative mass, so they went back and checked the work. The universe was accelerating, a find that they did not think was even possible. As to why was it accelerating, Reiss said that he simply does not know. He provided the audience with some possible explanations, such as vacuum energy, also known as the cosmological constant, dynamical dark energy, a new transient energy and modified gravity.

“Scientists always thought that the universe would decelerate. If the universe keeps getting bigger, the matter gets diluted and it starts to accelerate,” stated Adam Reiss.

Scientists are designing a new telescope to study dark energy between the years of 2018-2022.

“Scientists want to better understand what most of the universe is made up off. Dark energy will also determine the fate of the universe likely to lead to something interesting,” stated Reiss.

An audience member asked Reiss what we are going to do with dark energy.

He replied, “The deep investment is trying to understand the basic law of physics technology comes way later. We want to be able to understand dark energy and what it means.”

There are many underlying mysteries, not only just in space and the universe, but everywhere we look. Reiss and his team have proved that the universe is, in fact, accelerating and not decelerating. Now, he says that scientists need to take a leap and figure out what dark energy can do and what it can’t.