The Racquet Press • May 31, 2020 • https://theracquet.org/10104/news/photo-series-uwl-community-gathers-for-second-day-of-demonstrations-against-police-brutality/ 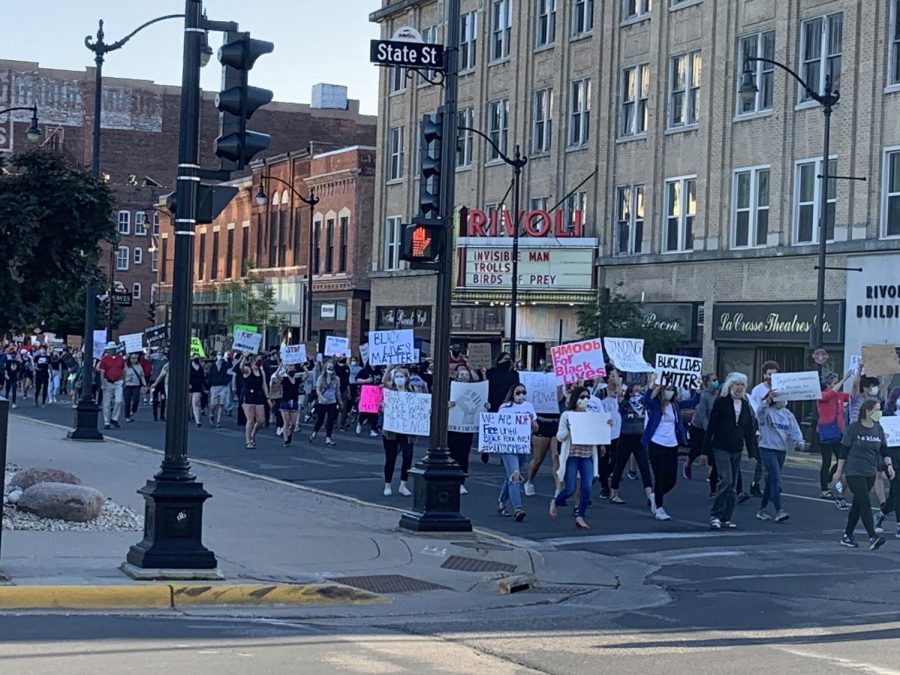 Demonstrators in front of Rivoli Theatre.

On Saturday, May 30, hundreds of peaceful demonstrators gathered at Powell Park to walk to Downtown La Crosse on a second day of demonstrating against police brutality.

As La Crosse community members marched towards the La Crosse City Hall, the group gathered more demonstrators and receiving honks of support from cars waiting for demonstrators to pass.

Protesters chanted as they walked, “Say His Name!” The crowd then responded, “George Floyd!”

The crowd shouted, “Say Her Name!” The crowd responded with, “Breonna Taylor!”

University of Wisconsin-La Crosse faculty, staff, and students were some of the many community members peacefully demonstrated against police brutality.