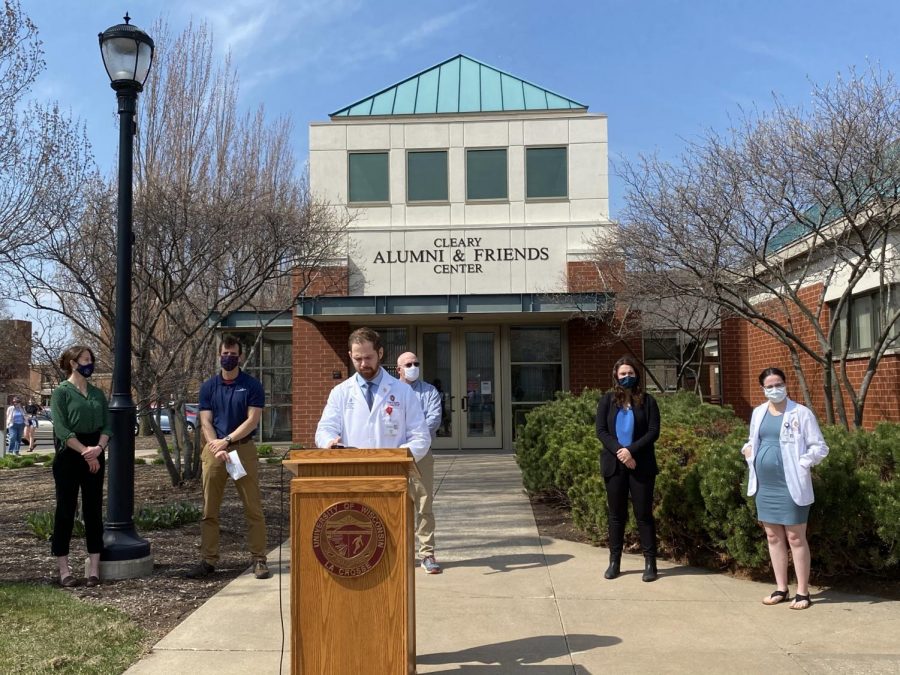 Officials from the University of Wisconsin- La Crosse, Viterbo University, and Gundersen Health Systems delivered a press conference on Tuesday, April 6, to discuss their findings from a recent study regarding college students and their opinions on the COVID-19 vaccines. The study was a collaboration between the two universities and Gundersen and involved undergraduates, graduate students, as well as faculty and staff.

Wisconsin Academy for Rural Medicine student Jackson Korger explained that students studying at Gundersen typically choose a public health project to work on during the two and half years they are in the program. There was a growing concern in the community regarding college students and the spread of COVID-19 so it was decided to focus their project on understanding student’s opinions regarding the COVID vaccine. Korger said that “the purpose of this research project was to come to understand their (college students) attitudes and beliefs about COVID-19, and how this influences their decisions…we believed that it was a public health priority to better understand and predict vaccination behavior within a specific age group.”

UWL Health Education and Health Promotion Chair Dan Duquette explained that the main question the study hoped to answer was whether or not college students intended on getting the vaccine. He said that the study was aimed at answering the question “when widely available, to what degree do college students intend to get the vaccine, and what factors influence that intention.” Duquette also stated that the study is still ongoing and they hope to break down demographics further and do more research, but they wanted to get the initial findings out right away since the results were so positive. The next goal will be to get the study published in scientific literature.

The study surveyed over 300 college students with about 60% of students coming from UWL with the other 40% from Viterbo. The survey was administered online and involved an equal number of freshmen, sophomores, juniors, and seniors.

Rosina Millevolte is a medical student from Madison doing her training at Gundersen. She explained the results of the study, which found that a vast majority of the students surveyed intended on getting the vaccine and believed it would be safe, beneficial, and would help life return to normal. The study also found that some of the major influences on the student’s decision included family, healthcare workers, and those at high risk. Social media and the opinions of friends were ranked as least influential. Although many students were unsure about the long-term risks of the vaccine, they still felt the benefits outweighed the risk, and majority of those surveyed said they plan on getting the vaccine.

The study hopes to shine some positivity on college students after a negative narrative regarding the spike in cases last fall, which was mostly blamed on students. Although there was a correlation between the return to classes and the influx in cases, this study showed that students are willing to do whatever is necessary to prevent the spread and protect those around them.