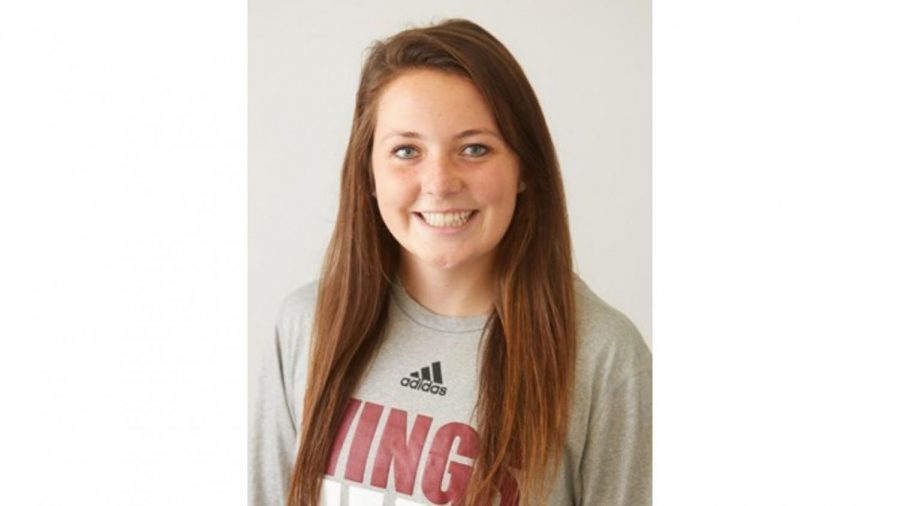 Senior Courtney Conway had a major role on The University of Wisconsin-La Crosse volleyball team. Conway served as one of the team’s captains in her junior year at UWL. Conway was also a two-time member of the Wisconsin Intercollegiate Athletic Conference (WIAC) Sportsmanship Team, winning in both the 2018-2019 season, as well as the 2019-2020 season.

However, Conway would play her last match in the WIAC conference tournament in 2019, before leaving the team due to mental health struggles she had faced.

Conway said it was first family and friends that noticed a shift in her behavior. Conway said, “My friends and family expressed noticing changes in my mental health before I was able to fully acknowledge what I was going through. They raised concerns about personality changes. In that, they thought I was quieter than usual, didn’t laugh as often, and isolated myself. Even still, I pushed those concerns aside.”

Conway says that these changes occurred in the middle of the 2019-2020 season, but she felt she had to push her struggles aside to better the team. “I was focused on getting through the season and felt like I didn’t have the time to address the needs I had appropriately,” Conway said. “I tried to hide my emotions from those on the team who didn’t already know, but as the season progressed, that became harder and harder to do.”

Conway says that eventually, it became evident to her that her mental health was impacting other areas of her life, school in particular. This is when Conway made the decision to step away from the team. “I was scared of being labeled a quitter and having to explain to others why I didn’t make it my full four years,” said Conway.

Conway says that while now she can be more reflective on why she was struggling, at the time she did blame her mental health struggles on her involvement in athletics. Conway said, “Everything else in my life was great, so I didn’t have anything else to attribute those feelings to.”

Conway still wonders if she should have continued with her time on the volleyball team, although she states even after quitting the team, she continued to struggle with her mental health. “I never imagined ending my college career that way,” said Conway. “I know that mental health is nothing to be ashamed of and the decision I made was what was best for me at the time, but that didn’t make it easier to do.”

However, Conway says that there was a lot of good within her time in athletics. Conway said that she met some of her closest friends, learned a lot of important lessons, and developed skills that will help her in the long run in her life. While she feels that she benefitted more from the sport than lost, Conway still acknowledges the struggles that athletes face every day.

“There are many aspects of athletics that have the potential to negatively affect one’s mental health, things like body image, injuries, lack of sleep, and many others,” said Conway.

Since leaving the team, Conway says that she has become a lot more open about her struggles with her family and friends. She says that things that have helped her are medication and going to therapy to work through her struggles.

“I am more aware of how fragile mental health can be, so I have learned to appreciate the good days when they happen,” said Conway.