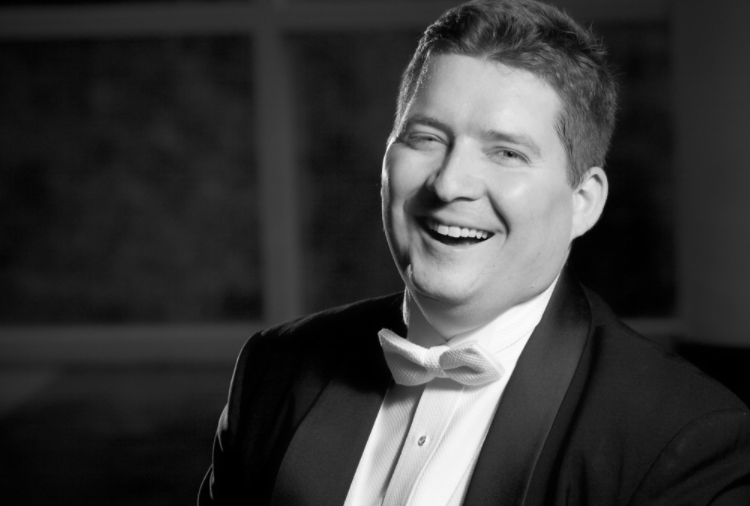 Assistant professor of music Dr. Justin Davis is currently starting his third year teaching at the University of Wisconsin-La Crosse. Davis got his doctorate from the University of North Carolina-Greensboro and has been teaching both public school and university level music for over 20 years. Before coming to UWL he was teaching high school music in Florida.

While getting his doctorate, Davis met current UWL music professor Tammy Fisher who later convinced him to apply to teach here. “I was looking to get back into teaching at the college level and my dear friend and colleague Tammy Fisher, who runs the marching band, told me about the job opening here on UWL, and I was really excited to apply and come work with my friend.”

Since arriving at UWL, Davis has helped direct both the wind ensemble and the orchestra.

This semester he has started a concert band that is open to any students regardless of major and without an audition. The concert band meets only for the fall semester and is open to anyone with previous music experience.  Davis said there was a need for a more relaxed, fun, band without the pressure of auditions. The band meets once a week so there is less of a time commitment for those with busy schedules. It is also an opportunity for those who need to complete general education requirements in the arts.

While starting the concert band was a big project for Davis, he says there are more plans coming for the music department. There has been a lot of growth in the department and they hope to become more visible around campus and in the community. For a family week this year, the music department is putting together a 45-minute sampling of the wind ensemble, choir, and jazz band. The concert will end with a combined piece from all the groups. This concert is new to the music department but Davis hopes it, “gets people’s ears wet for what they can come and listen to later on in the year.”

When asked about his favorite memories so far here in La Crosse, Davis said that “during my first year here and my first concert, I was trying to be relaxed, but I was too relaxed and my baton flew out of my hand and went through the ensemble.” Davis was able to play it off and people came up to him after the show saying that they loved how he didn’t use the baton at the end of the show.

Davis also said that his favorite part of working at UWL is working with students who are struggling and seeing the lightbulb go off when they finally get it. He went on to explain that “I love that I get to work with students who are not only music majors but majors of a variety of areas, and they all get to come together to play music. I think that’s something really special and something unique to UWL.”

When Davis is not teaching or directing music he spends most of his free time outside. Davis has a part-time job in the summer on a golf course. “I’m not a very good golfer but I enjoy it…plus working at the golf course allows me the opportunity to get free golf.” He also is a big Disney fan so he is constantly on the lookout for, “the newest and greatest thing from Disney or Star Wars.” Davis also plays the french horn, trumpet, and viola. He says he can play most instruments but, “these three are the ones I would play in public.”

Davis wants to let people know that there is always a space for students to come and make music regardless of their major or schedule. He said he loves meeting students from all over campus and will welcome anyone who is interested.