“We must reorganize, if we don’t change, we decay”: UW System in search of new system president 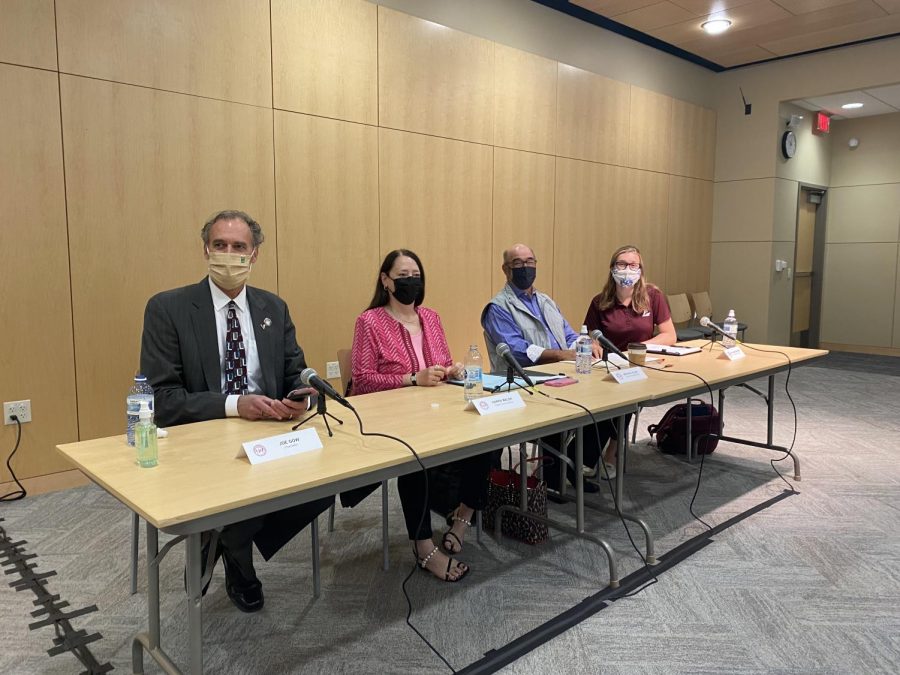 This committee is led by Regent President Emeritus Michael Falbo, Regent Vice President Karen Walsh, UW System Student Liaison Olivia Woodmansee and was accompanied by Chancellor Joe Gow. As this search continues, the search committee will continue to travel around Wisconsin through the end of September, hosting listening sessions at all 13 universities, as well as conducting meetings with UW System governance groups and system administration officials.

Though a new system president will not be announced until 2022, the process happening right now will have lasting impacts on not only UWL but the entire state of Wisconsin in regard to education. The committee said that they value the input of individuals from all campuses and hope to find someone who encompasses Wisconsin’s values and is dedicated to standing up for the UW System. The first step of this process in finding the new president is understanding the needs of students, faculty, and individuals who will be affected in the coming years.

President Edmund Manydeeds and Vice President Karen Walsh determined that the best procedure to use was the process used to elect the last two successful presidents, President Ray Cross (2014 – 2020) and President Kevin Reilly (2005 – 2014). This process will incorporate a large-scale search and screening process that involves all 13 campuses.

With the committee being made up of 19 members, they are given the task of sifting through the first pool of applicants and then interviewing, “approximately 10 to 14 people, and then forward a list of finalists to the special regent committee,” said Walsh. Following this, the candidates that move forward to finalists will be announced and those who move forward will meet with the board of regents, various constituent groups, and UW systems senior leadership. From there the finalist will be chosen and named president of the UW System.

When it came to the concerns of individuals at the listening session, they ranged from concerns regarding the UWL budget to what class size will look like in the coming years. Professor Rebecca LeDocq, who teaches Mathematics & Statistics as well as served as the faculty senate chair, discussed the value of open communication, the importance of the future president’s ability to work with the legislature, and class size. LeDocq said, “I just feel like we were forced to move backward, we were excited when our classes got smaller. We were able to spend more time one on one with students and now we are bumping those class sizes back up in the math department.” This is a reoccurring issue across the UW system due to the tuition freeze that has lasted eight years.

As for other individuals, some voiced concerns regarding GPR allocation, lack of funding, the importance of presidential presence on campuses, and the cutting of programs. Assistant Professor Greg Ormes, who is a part of the communication studies program discussed the importance of vast major programs at every university. Ormes said, “[When] cutting off programs at the knee, students can’t discover their passion for something like Women, Gender, and Sexuality studies … I think it is a really big disservice to our students, to our campuses, and to our society that relies on that sort of education to move into the future.” Ormes said that through cutting programs, we are cutting off opportunities students need in order to grow. He said by cutting off these programs UWL is eliminating the opportunity for a liberal education.

The UWL community said at the listening session that they need someone who will listen and understand the problems that affect faculty and students directly. Ormes said the value of change and progress at all institutions is important including the importance of understanding progression. “We must reorganize, if we don’t change, we decay,” he said.