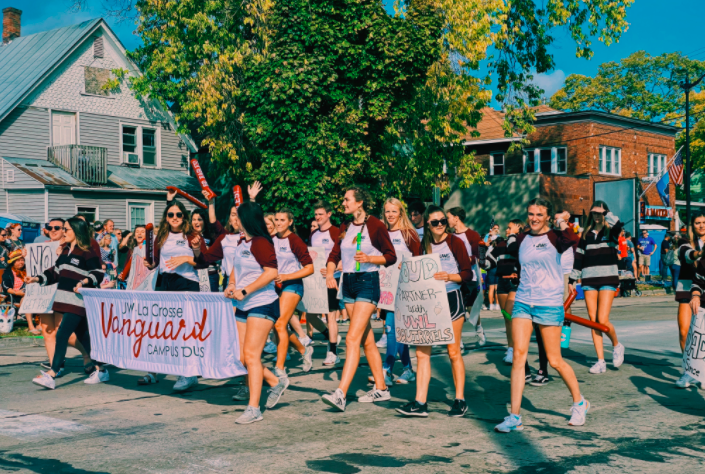 As the 60th anniversary of Oktoberfest comes to a close, the community, the La Crosse Health Department, and the University of Wisconsin-La Crosse expect a spike in COVID-19 cases, and another Oktoberfest that will go down in La Crosse’s history.

Rooted in tradition, Oktoberfest began in La Crosse in 1961, according to the official La Crosse Oktoberfest cite, “The almost unbelievable growth of Oktoberfest, since that first year has made reality of all the objectives.” Some of these core objectives of Oktoberfest include promoting La Crosse’s community pride, national publicity, promoting tourism to the region, including large numbers of people, all while breaking even and remaining a non-profit organization.

Even being rooted in tradition does not dismiss the fact that Oktoberfest in La Crosse brings to the local community an unprecedented amount of revenue that was unfortunately lost in 2020, due to the pandemic. This year, however, the pandemic did not stop the festivities. This year, “Oktoberfest represents approximately $15 million in economic impact for our area … it also generates over a million dollars in state and local taxes,” said Explore La Crosse Executive Director A.J. Frels, in an interview with WEAU 13 news.

Prior to Oktoberfest, La Crosse County Health Director Audra Martine said in an interview with first news at nine, “If you can cancel your event and that’s feasible to do, please consider it,” Martine said. “And if you can’t cancel for many reasons, think about other ways you can keep people safe that might attend your event, either by lessening the number of people that are coming, holding the event outdoors, having people sit together with people that they normally are within their household.”

In a press release on Sept. 27, in a contradictory opinion to the La Crosse County Health Department, Mayor Reynolds said “I have been assured by the County that nothing new has been added to the guidance it provided to the Oktoberfest organization in August and the Health Department has no new concerns with events surrounding Oktoberfest.”

With this, Oktoberfest went on as planned and, according to the health department, it is most likely that COVID-19 cases will continue to grow within the community. Though Oktoberfest did promote social distancing and mask-wearing, very few masks were worn and very few followed social distancing guidelines during the festivities around town.

Other preventative measures taken by other festivals such as Summerfest include the need for a vaccination card or proof of a negative COVID-19 test, however, at this year’s at Oktoberfest, there was no need for a vaccine card, mask, or negative-test requirement to attend.