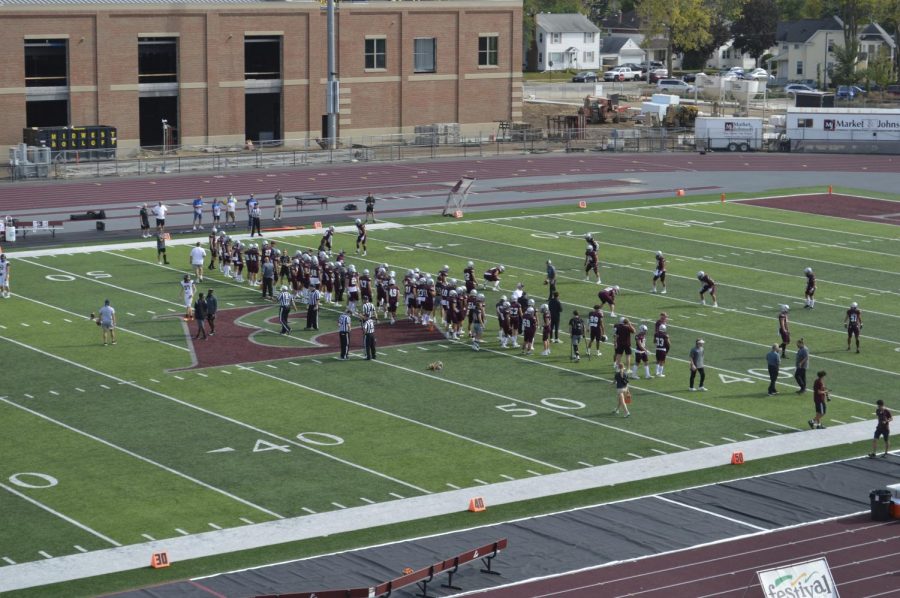 On Oct. 9, the University of Wisconsin-La Crosse football team pulled off an upset against higher ranked University of Wisconsin-Oshkosh (UWO), defeating them 30-21. UWL came into the game with a 3-1 record and 1-0 in Wisconsin Intercollegiate Athletic Conference (WIAC). They left the game undefeated in conference play and this is the team’s first time starting 2-0 in the WIAC since 2017.

The win marks a 10-game win streak at home. The game occurred during UWL’s family weekend and the Eagles hosted their biggest crowd turn out of the year.

UWO’s first possession of the game led to a touchdown. UWL soon scored their own touchdown in response. That was the team’s only points in the first half. In the second quarter, Oshkosh scored 14 more points and had a 21-7 lead over the Eagles at the start of halftime.

In the second half of the game, UWL did not allow any other points in the game and the offense found their rhythm scoring on their second drive of the half and then on their third drive as well. Making the score 21-20 with UWO still in the lead, they missed the extra point. The Eagles started the scoring in the fourth quarter with a field goal putting them in the lead. With under two minutes left they scored the game sealing touchdown.

UWL’s offense put up 406 total yards of offense. Junior quarterback Jakob Parks threw for 188 passing yards with 16 completions. Junior running back Joey Stutzman had 156 yards rushing and finished the game with three touchdowns. The other touchdown by the Eagles was scored by senior running back Brad Tobin.

The UWL defense line did not allow any points in the second half and gave up 74 yards of offense.

The Eagles’ next game is another WIAC matchup at UW-Platteville on Oct. 16.