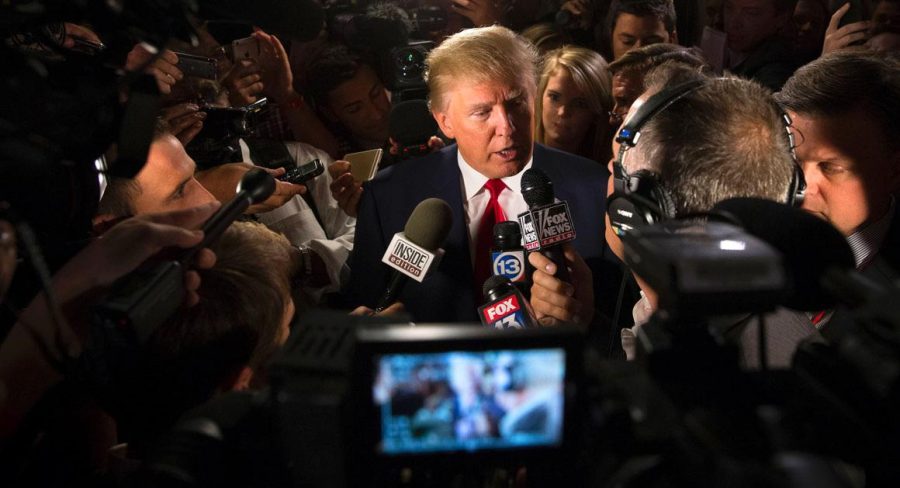 Donald Trump has always had an interesting relationship with the media and his first few weeks as president provided no change to that front. Some think that Trump’s actions against news outlets weaken their credibility and could be damaging to our democracy. One thing is for sure; his actions contribute to the diminishing trust in American media.

Similarly, Trump tweeted that he would not be attending the White House Correspondents’ Association Dinner, an event that raises money for journalism scholarships. This makes Trump the first President to miss the dinner since Ronald Reagan, who was busy recovering from an assassination attempt. Sending shockwaves through the media realm; this caused many organizations to withdraw from the event in an effort to protest Trump’s treatment of the media.

On Feb. 24, 2017 Senator Bernie Sanders commented on Trump’s recent actions against the media, “A President who attacks media that makes critical remarks about him does not understand what democracy is about.”

Former President George W. Bush also commented on Trump’s actions and the importance of media, “I consider the media to be indispensable to democracy.” Bush elaborated, “We need an independent media… It is important for the media to call to account people that abuse their power.”

These situations have elicited mixed responses from UW-La Crosse students. Junior Colin Malliet shared his thoughts, “It is insulting, just because they may be critical of the White House and the President means they should be completely shut out of it?” Malliet concluded, “It is distinctively un-American to silence someone that disagrees with you.”

Not all students at UW-L agree with that opinion, “I didn’t think it was that big of a deal.” Said UW-L Senior Sam McNaughton. “The organizations that were kept from the press conference have blatant biases, and have published false stories in the past.”

Members of the media community in La Crosse see issues in Trump’s rhetoric regarding media as well. Rick Wilson is the station manager for KQEG, a La Crosse television station, and had this to say regarding the importance of media, “Media is one of the most important aspects of our democracy.” Wilson described, “Members of the media are there to hold politicians accountable.”

Media plays an essential role in informing the American people and is a staple of our democracy. If Trump continues to treat the media with the same tone that he has been, our democracy could suffer as a consequence.