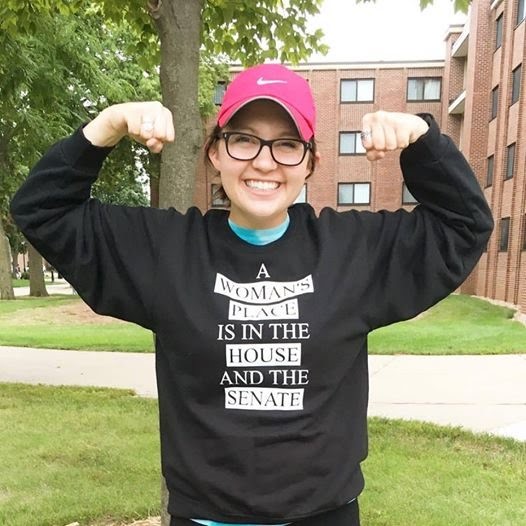 Co-Leader of UW-L’s I Am That Girl Chapter, Kathryn Draper

Recently, I asked a friend to help me brainstorm article topics for International Women’s Day. She responded quickly with, “Ignorance about sexism and how, sometimes, women don’t notice it or don’t believe an experience to be sexist.” I was surprised, but very intrigued by her answer. So, how do women not realize, or not want to address, that they’re being put down based on their gender?

A fear of appearing too sensitive allows for this ignorance to thrive. I have been hushed and told not to be “so sensitive” after commenting on something being sexist many times. Being “too sensitive” is a common, negative stereotype for women. So, to combat succumbing to this stereotype, women may avoid reacting to things that are sexist.

Sarah Mueller, Co-President of UW-L’s Her Campus Chapter, iterated, “I think people choose to ignore or choose not to acknowledge sexism…because if you are one to bring it up, people might say things like “oh you’re reading too much into it” or you might get accused of being too sensitive.”

Yet this rejection of sexism proves its existence; It’s a reflection and result of it. If many people are reacting to something, perhaps an individual’s sensitivity isn’t the problem. This stereotype is used to discredit a woman’s opinion, but sensitivity does not decrease a person’s worth, regardless of their gender.

Fear of falling into a stereotype seems to surround this issue of ignorance. Kathryn Draper, Co-Leader of UW-L’s I Am That Girl Chapter, explained, “I think it is also hard for women to speak up against sexism because then they will gain the label or reputation of a B****, argumentative, or bossy which are all negative ways to label a woman.”

This negative stereotype not only discredits a person, but it simultaneously shoves women into a box that is very difficult to get out of.

To avoid the negative meaning some believe the word ‘feminist’ carries, people may completely disregard the issue of sexism.

Stereotyping others is a learned skill. Therefore, quickly recognizing, knowing the negative outcomes, and preventing the survival of these stereotypes can be learned, too.

The inability to recognize sexism exists because it is deeply ingrained into the U.S.

Yes, this country has made significant changes to combat sexism, but remnants from past generations are passed on.

“A big part of sexism is how it has been so socialized into us since birth. Since we were babies, we’ve worn certain colored clothes, played with certain toys, and roleplayed certain jobs.”