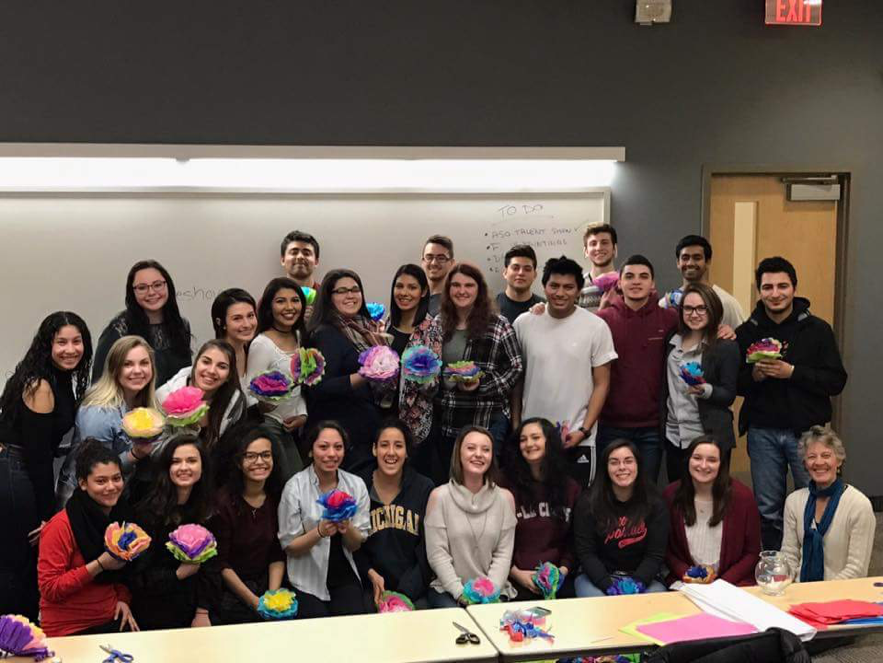 UWL’s list of values declares, “Diversity, equity, and the inclusion and engagement of all people…within an increasingly integrated and culturally diverse global community.” This statement begs the question: How diverse is UWL and how does it affect its students?

Focusing in on racial and ethnic diversity within Midwest Universities is just what a study by U.S. News did. Chief Data Strategist, Robert Morse, reported, “Our formula produces a diversity index that ranges from 0 to 1. The closer a school’s number is to 1, the more diverse the student population.”

UWL was given a 0.19 on the diversity index.  After hearing this Joe Gow, UWL’s Chancellor, responded, “We know we must continue our efforts to enhance the diversity of the UWL campus. That is why it is so essential for us to create the position of Vice Chancellor for Diversity and Inclusion, which we look forward to implementing in the Spring Semester of 2018.”

With 80% of UWL’s students having Wisconsin residence (UWL Admission Fast Facts) and 87.5% of Wisconsin’s residents identifying as white (U.S. Census Bureau), UWL’s low number on the diversity index is unsurprising. According to the U.S. Census Bureau, La Crosse County, WI itself is 91.7% white.

Nicholas Shankey, Co-Chair of UWL’s Asian Student Organization (ASO), commented, “UW-La Crosse has made a pledge to Inclusive Excellence and programs like [Awareness Through Performance], but that seems hypocritical when in 2014-2015 there were 192 reports of hate/bias on campus.”

Shankey noted, “If there was abundant diversity, we wouldn’t need programs like [Students Educating and Embracing Diversity], and we wouldn’t have to require student senators to attend multicultural events.”

Shankey expressed that UWL could do more to increase diversity, “I don’t think UW-L does enough to promote events done by Multicultural Student Organizations or the Pride Center, because those events are always empty.”

“It’s hard to walk into a classroom of 40 people and be the only student of color,” Shankey said. “It’s intimidating.”

Shankey added, “When there’s no diversity, I feel like there’s no support or empathy for what minority students go through. Increasing diversity should be important, because more diversity leads to more open conversations and understanding.”

Shankey also spoke of ASO’s work within the UWL community. “ASO works to benefit students by giving them an open space to discuss topics such as racism, cultural heritage, social justice, and racial identity. We try to give students a social opportunity to be themselves and have fun.”

When asked about UWL’s diversity, Edith Osorio, Vice President of UWL’s Latin American Student Organization (LASO), also responded, “I think there’s not a lot of it.”  Osorio suggested that UWL should highlight accomplishments by students of color as well as advertise resources and organizations pushing for diversity to welcome future students of color.

Osorio also stated, “I think it’s very important for all people to understand all racial and ethnic diversities. It’s important for UWL to incorporate that because it’s just a life-lesson that people are going to need to know.”

Osorio went on to explain, “Once you’re out in the workforce, it may not be in the Midwest. You’re going to have to work with people of color, so starting now, you need to get rid of these stereotypes.”

Osorio mentioned, “I know how I felt, as a freshman, coming into a predominately white school. I was looking for the Latin American students at times because I still wanted to connect with my culture.”

Increasing understanding, empathy, and hosting candid discussions are a few of the reasons why organizations like LASO and ASO are on campus.

Part of LASO’s meetings include an open discussion about global issues in Latin American countries. This fall, Mexico experienced a devastating earthquake and Puerto Rico has been recovering from Hurricane Maria; both are in need of all the help they can get.

“We’re trying to work really fast right now to start a fundraiser to send to Puerto Rico and to Mexico. We do have a good amount of people of Mexican and Puerto Rican heritage in our organization and we do want to support them as much as we can,” Osorio added. “We like to say we’re part of a familia.”

If you would like to donate hygiene products (shampoo, soap, etc.) and/or new or gently clothing and shoes, you can drop them off in room 3105 in the Student Union on Thursdays at 5 pm.