How Green is UWL’s Union? 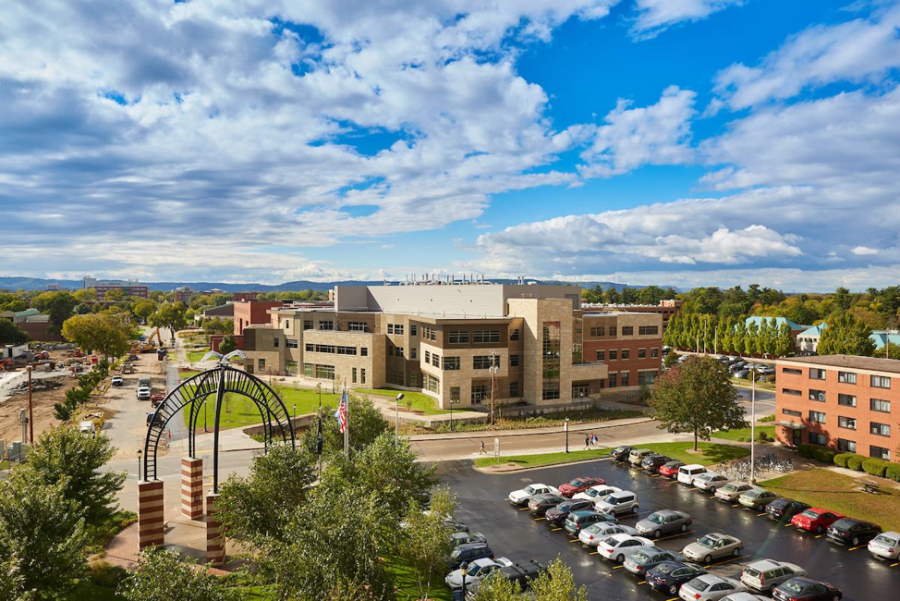 The Student Union is used by many from both the UWL community and the La Crosse Area. It is home to Einstein’s, a movie theater, many of UWL’s student organizations, the bookstore, and much more. The newest completed building on campus has also been marketed as the “greenest” building on campus.

The Student Union is home to a plaque that reads, “ L.E.E.D. Gold Certification”. Larry Ringgenberg serves as the Director of University Centers and worked closely, “with the campus facility personnel, the architects of the building, and the state in the planning and construction of the [Student] Union.” Ringgenberg explained the certification is proof that the Union is, “an environmentally sound building.”

Despite this, UWL Sophomore McKenna Barrett described having, “no idea how green the U is.” Barrett elaborated, “I’ve heard nothing about how environmentally friendly the U is, they don’t do a very good job of telling [students] that. It’d be good if it was, but it’s not something I think about often.”

Ringgenberg offered up some information about how the Student Union is environmentally friendly. “All of the lights in the public areas of the Union are LED’s.” These lights are on motion detectors, so they automatically go off if no one is nearby. “The building is designed to allow in the maximum amount of daylight possible.” Ringgenberg explained, “This makes the building feel open and inviting, and allows for daylight to be used to offset artificial lighting as much as possible.”

As for other sustainable features, Ringgenberg recalled, “small things that make it more environmentally sound [are] the exhaust hoods in the kitchen areas turn on when there is sufficient smoke needing to be removed from the building, and then they shut off automatically when the cooking smoke is stopped.”

Some other features the UWL community may not be aware of are how the custodians contribute to sustainability. Riggenberg said, “the Custodians primarily use green cleaning chemicals.” The chemical concentrates used are almost all environmentally friendly as well as Green-Seal Certified. They have been designed, “to save on packaging and minimize product waste.” Riggenberg added that the custodians also use, “microfiber towels, dust and wet mops, that are laundered to save on paper products while cleaning.”

An issue, concerning sustainability in the Student Union is “the number of to-go containers that get used. Even if people are eating in the Union, some take to-go containers, instead of plates and silverware that can be washed,” Ringgenberg recalled.

To help address some issues of sustainability, Ringgenberg said, “One of the easiest ways to save energy lies totally in building occupants and users.” Ringgenberg stated that turning off computers at night and over the weekend, turning off lights, and minimizing water consumption would help, but, “These are more personal habits than technology or controls.”

Ringgenberg discussed future plans for the Student Union, “We have been in conversations with the Dining Services company regarding the creation of Green restaurants within the facility. The Union is always looking for ways to save energy and be more efficient. [But] I do believe that the university is making excellent strides in terms of environmental issues on campus as a whole.”