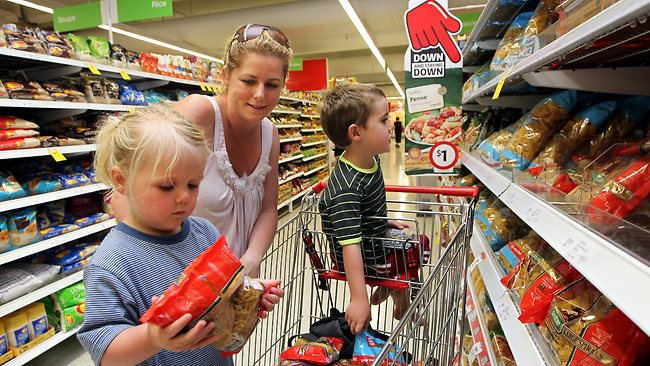 The Supplemental Nutrition Assistance Program (SNAP) has always been a source of disagreement in our nation. However, following Trump’s proposal to implement a program which partially replaces the Electronic Benefits Transfer (EBT) with a “Harvest Box,” arguments about SNAP have increased largely with little look towards the facts.

The need for a Harvest Box has been articulated by the Trump Administration because it would decrease the SNAP budget (shaving about $37 billion over the course of a decade, according to the 2018-2019 Budget Documents), avoid the costs associated with retailers, and address the health concerns commonly identified with SNAP.

Part of the argument against SNAP is the ability for recipients to buy food items which are considered either unhealthy or lavish. According to the USDA, The Food and Nutrition Act of 2008 explains that SNAP benefits can be used to buy any food item which is used for home consumption. Because of this, food items – so long as they are designed for at-home eating and have a nutritional label – are eligible through SNAP. The USDA explains that the lack of government intervention in eligibility of certain foods stems from the fact that “designating foods as luxury or non-nutritious would be administratively costly and burdensome [for Congress].”

Though it is considered outrageous, the concept of sending nonperishable food items as a form of food assistance has been used widely for Native American Reservations as well as, in some cases, for elderly individuals and families with children (usda.gov). The proposed Harvest Box would only affect recipients who receive more than $90 in benefits monthly. Of these individuals, a portion of their SNAP benefits will be distributed in the form of the Harvest Box and a portion will be given in the form of EBT benefits.

A look at the statistics, according to The Center on Budget and Policy Procedure, shows that the amount of SNAP participants grew by nearly 20 million people from 2008 to 2012 – following the Great Recession – but numbers have fallen ever since. Currently, there are around 40 million individuals that receive benefits through SNAP with 70 percent of those consisting of families with kids. This drop in the number of enrollment has resulted in a decrease in the amount of SNAP funding, close to where it was before the Great Recession – and it is only planned to continue decreasing.

Programs such as SNAP are designed to be responsive to the state of the economy at the time, meaning that the program will expand as the economy worsens and decline as the economy improves. The Center on Budget and Policy Procedure notes that “SNAP benefits are one of the fastest, most effective forms of economic stimulus because they get money into the economy quickly during a recession.” It has been established that SNAP plays an important role in shifting to balance out the economy during instable times. This also addresses questions over whether the Harvest Box would create the same economic benefit for retailers that the EBT system does.

Stocks for some retailers dropped after the plan for Harvest Boxes was unveiled, a precursor for what would happen to grocery stores if the administration’s plan where to be implemented. Cutting out retailers from the conversation would likely force many to close – resulting in a loss of financial circulation as well as retail jobs. Those forced to close would most likely be the most instable, meaning local and regional grocery stores rather than large supermarket chains such as Walmart and Aldi.

As far as the argument for ensuring that SNAP recipients are using benefits for healthy food, the Native American Reservations, where individuals were forced to participate in a program much like the Harvest Box, is evidence over whether this is accurate. According to government data, Native Americans are one and half times more likely to suffer from obesity and twice as likely to have Type 2 Diabetes compared to White Americans (cdc.gov). While some claim that these health issues may be attributed to other factors, these levels were only seen after the 1950’s when this food program began its implementation. This stresses the importance of fresh fruits and vegetables rather than processed and canned food items, in leading a healthy diet.

Some critics, though, are concerned that the Harvest Box idea is merely a strategic move to demonstrate how serious the Trump administration is about cutting funds from SNAP. It is uncertain whether the Harvest Box plan will move forward, or a new proposal will take its place.