Viewpoint: why the term Multicultural Literature is insufficient 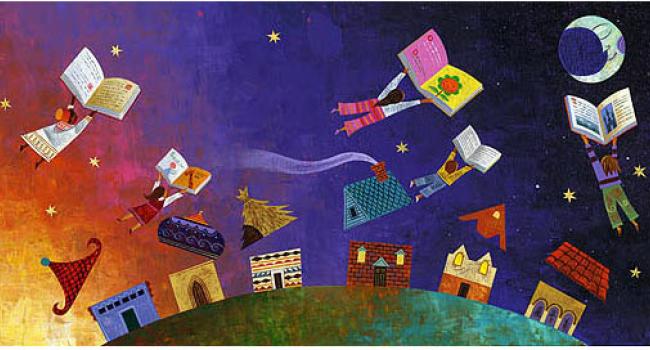 There are still more who believe that multicultural literature can extend to all individuals of diverse backgrounds – including sexual orientation, gender, religion, SES, disability.

This creates a problem, though. Literary critics (and literary amateurs) may question works considered multicultural literature if they do not seem to fit the mold of the culture which they are writing from.

I’ve listened to people in my literature classes dissect books which are considered multicultural literature, and when these books include details considered American or white, my classmates will criticize why the authors are trying to emulate American culture instead of embracing their own cultures. My classmates were curious as to why these authors would want to purge their culture.

Multicultural authors come under attack when they write the stories they wish to tell. Instead, we want them to deliver us their culture. We make it their job to teach us how to interact with their ethnicity.

Take, for example, Chimamanda Ngozi Adichie, a Nigerian writer who wrote a novel about an abusive relationship. At one of her book signings, an American woman walked up to Adichie and began speaking about how awful it is that all Nigerian men are abusers. The American woman failed to understand that Adichie’s writing is not a textbook about Nigerian culture and that, in fact, Adichie’s ethnicity is not an obligation for her content; the two are unrelated.

Yet white, American authors write about people of color (largely inaccurately) all the time, and they receive little ridicule for purging their culture or not fitting the mold. American authors, as Adichie pointed out, often write about stories which do not emulate who they are as a mass – take for example, the novel American Psycho.

Multicultural literature has its problems in English departments too – lumping together Japan, Cuba, Zimbabwe, India, Haiti, Afghanistan, and Indonesia as one, as if they all check the same box, that box being nonwhite. In what other world would a smorgasbord of countries fulfill the same checkmark; in what other world would diverse be defined as one thing instead of its what it really is – a million things.

Multicultural literature is the “other” of English departments. It was created to fulfill this need of an “othered” lens. It means nonwhite.

But that doesn’t mean that it is sufficient. To articulate this point, I reached out to professors in UWL’s English department.

Dr. Hart, an English professor who teaches classes such as Caribbean Literature and Culture and World Literature, asserts that “the power to include various and diverse narrative perspectives of the world we live in should not require a category of othering called multicultural literature.”

In his explanation, the term multicultural literature is a byproduct of a society that is lost in its own privilege – only telling stories which the privileged deem relevant.

Dr. Crutchfield, whose area of focus is largely on female authors, explained that although “literary works by various diverse authors should be integrated into courses across the literary studies curriculum . . .to do away with courses that focus on multicultural literature is to ignore the fact that there is still unequal space given to these authors in the curriculum.” In this way, the distinction is appropriate.

There is, however, a purpose to multicultural literature. Regardless of its connotations and the gaps that it allows, this type of literature also allows perspective. For so long, canonical texts were solely from the viewpoint of the white, rich male.

Now readers can bypass that perspective and see their own culture come to life in a novel. The opportunity also arises to see a culture outside of their own.

“We can become better human beings when we immerse ourselves in a story-world in which we understand diverse people’s perspectives, reflect on our personal investment in these perspectives, and relate this to the real lived experience of our society,” Dr. Hart states.