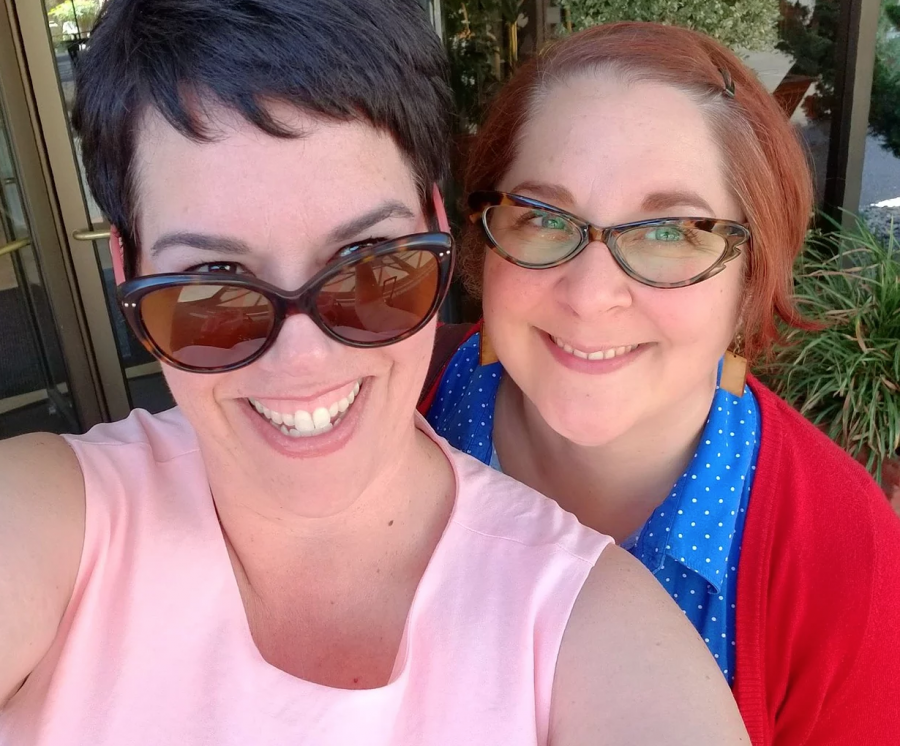 Cooper Stoll recently published her article, “Fat Is a Social Justice Issue, Too” in Humanity and Society and gave a keynote address of the same name during UWL’s Social Justice Week. Together, Cooper Stoll and Thoune have a website, Two Fat Professors, with the tagline, “Fighting Fatphobia with Education, Community-Building, and A LOT of Sass.”

“The website is an important way of connecting with people about these issues,” said Cooper Stoll. The website features resources surrounding fat studies, news and media buzz about Cooper Stoll and Thoune’s work within fat studies, and a blog. Their main conversation is discussing why we must talk about fat positivity.

“When it comes to weight, we think that everybody can and should be thin,” said Cooper Stoll. “And this itself lies in front of some empirical evidence that shows that this is not the case...The term [fat] itself is sort of wrapped up in all of these negative connotations. That’s a word that needs to be reclaimed, for social and political and research reasons. And [in her field of studies] it is situated simply as a descriptor.”

“Body positivity and fat acceptance are not necessarily the same thing,” said Cooper Stoll. “The reason that this is an important issue to me, as a social justice researcher and fat activist, is that when people are focused on problematizing their bodies instead of problematizing the systems of oppression that tell us to problematize our bodies, then we are doing nothing to dismantle those systems.”

“I myself have bought into some of the myths that we just continually perpetuate in our culture, that always situate fat as bad or ugly,” said Cooper Stoll. “Once I actually started the work by critical scholars…who were in fact challenging that notion, I felt that I had been completely fooled and so part of being body positive is also an important way of reclaiming our bodies, appreciation for our bodies, respect for our bodies, in ways that we’re continually told, in a culture where we’re continually told, not to do that.”

Cooper Stoll’s article abstract states, “Empirical evidence continues to show that like other historically marginalized groups, fat people experience discrimination in employment, education, the media, politics, interpersonal relationships, and especially health care.” Cooper Stoll describes that throughout our culture, there are systems of oppression in place that discriminate against fat bodies. And, according to her, this is a life and death issue.

“People have died because their physicians did not take them at their word and investigate their health concerns and instead told them ‘Oh, it’s just a matter of being fat’ and dismissed them,” said Cooper Stoll.

Some argue that body positivity and fat activism encourage unhealthy behaviors. If you look through the comments on the pictures or posts of fat celebrities or body positivity from fat bodies, you’ll see this argument. However, Thoune argues that this mindset is damaging to mental health and wellbeing.

“If you really cared about people, you wouldn’t stigmatize their bodies,” said Thoune.

“[Body positivity] is a largely commercialized concept and sometimes it lacks a little teeth,” said Thoune. “And I don’t know that it really gets at the source as to why we need a body positivity movement.”

“I have a hard time getting behind body positivity that’s a lot of thin inspiration stuff. That’s hard for me to see as actual body positivity. On the other hand, the feminist in me says that women should do with their bodies exactly what they want to,” said Thoune. “I’m not saying you can’t talk about your diet. I just think we need to be thinking about how you talking about your diet affects other women and contributes to a culture of fat-shaming and creating cultures of insecurity.”

At UWL specifically, body positivity and self-image have some unique challenges. “The emphasis on fitness [at UWL] can lead to equating health with thinness for women or tall and muscular for men,” said Beth Mullen-Houser, Associate Psychologist at UWL’s Counseling and Testing Center. Cooper Stoll also said that survey data reflects that some students indicated they felt marginalized at UWL due to their size.

“We talk a lot about health, and I know sometimes that doesn’t mean like, how I use the word health,” said Thoune.

UWL also reflects the marginalization experienced by fat bodies from society as a whole. Thoune said that things that aren’t overt discrimination but reflect the fatphobia of our society, can be extremely damaging to mental health. This includes desks that aren’t accommodating for fat bodies, small lab spaces, and chairs with arms in lecture halls that do not accommodate for size diversity.

“It’s not just the stigma you get from someone telling you that you are fat,” said Thoune. “The very fact that bodies of difference are not accommodated in these spaces is an issue and it does affect your mental health. You start feeling like you literally don’t belong. You literally don’t fit. If we really cared about our student’s welfare, we would make sure that there were spaces everywhere on campus to accommodate all bodies.”

According to Cooper Stoll, there is still hope for fat positivity at UWL.  Her fat studies and body politics class was the fastest class to fill up in the sociology department, and students are always looking to learn more about body positivity.

“I have found UWL students to have a wonderful curiosity about personal growth and learning the tools to adopt true body positivity,” said Mullen-Houser. “Surround yourself as much as possible with media that support body positivity. Get to know the thoughts and feelings you have about your own body, and if they are critical, learn tools to work with them in a different way to support your own health.”