“Waiting to Exhale” with womxn of UWL 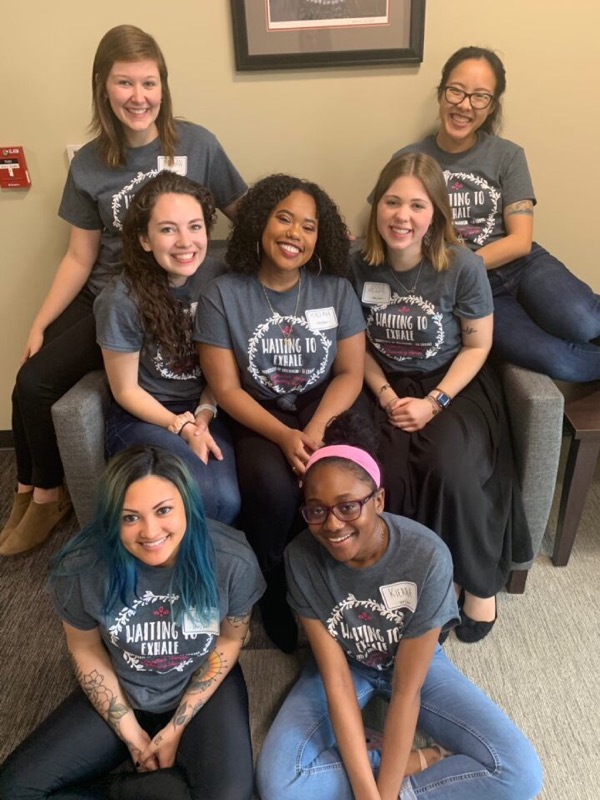 The University of Wisconsin-La Crosse’s Residence Life’s Social Justice and Inclusion Committee hosted and funded the program titled, “Waiting to Exhale.” The retreat took place at the Student Union of UWL on Saturday, April 27.

The retreat was a daylong event where womxn—an inclusive way of spelling the word woman or women—from all identities took time to talk about their own experiences and learn from one another as they navigate a male-dominated society. The event had many activities, including workshops, panels, discussions, keynote speakers, and an open mic.

The spelling womxn with a “x” recognizes the fact that women have diverse and different identities which are not defined by the relationship they have with men—a point emphasized during the program. Seven women in residence life and many graduate and undergraduate UWL students led the event that 60 students attended.

First-year graduate assistant in the student administration program and assistant hall director of residence life, Kyleah Bell welcomed women at the retreat by sharing her own story as a biracial black woman from California.

Bell spoke about her mixed identity, being both Black and Mexican, and how she had the fortunate upbringing of a strong Latina mother. She continued to explain that she had support from a Black community at the predominantly white institution she graduated from in New Orleans.

Bell founded the initial idea for the event based on an article in Black Feminist thought. “The article touched on being inclusive of womxn and understanding that womxn of color may have similar experiences to each other within the realm of who they are and even similar experiences with white womxn.” said Bell. “It also discussed how we could talk about these similar experiences and be able to leave a space and say we have different stories.”

Following Bell’s welcome speech were four keynote speakers. They spoke to female identifying faculty and students about their experiences as women in their fields and careers.

Amongst these speakers was Vice Chancellor Barbara Stewart who said the struggle of not only being a woman, but a woman of color has put her and many others in a position of not knowing who their allies are within their fields. “Not everybody who says is for you is for you. Not everybody who you think is actively against you, is actively working against you,” she said.

There were two discussions at the event, one consisting of people of color, while the other group was made up of white people. Both discussions shared the disconnect and gap between white women and women of color, while they supported the movement of equality. The discussion with people of color talked about micro-aggressions, white privilege, and fragility in relation to personal stories.

There were two panels at the retreat. One consisted of graduate students, while the other group was made up of faculty and staff members. The topic of feminism propelled the conversation during the graduate panel.

First year graduate student in the student affairs program at UWL Jasmin Barnhill discussed her opinion towards feminism in relation to her identity as a black woman. “The term womanist was coined by Black author Alice Walker. It really is a deeper version of feminism, which focuses on race and class.” she said. “Black womxn have very different experiences than their white counterparts; the term womanism encompasses that experience”

Second year UWL student Kierra Bowie said, “[Waiting to Exhale] was also needed because womxn go through a lot especially womxn in higher education and it is so important to empower each other.”

Concluding the event were two workshops and an open mic. One workshop was titled “If You Really Knew Me” and had participants write down their values and experiences anonymously for others to read, according to the La Crosse Tribune. The other workshop focused on self-care and self-love facilitated by UWL senior counselor Crystal Champion.

There was a photo booth at the retreat and a raffle to win a “Waiting to Exhale” T-shirt, in which proceeds were donated to UWL’s Student Association’s Women of Color Endowment. The raffle helped fundraise $333 in donations. 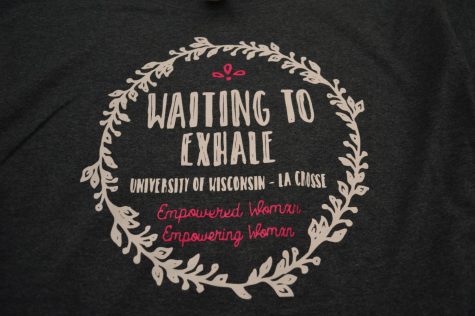