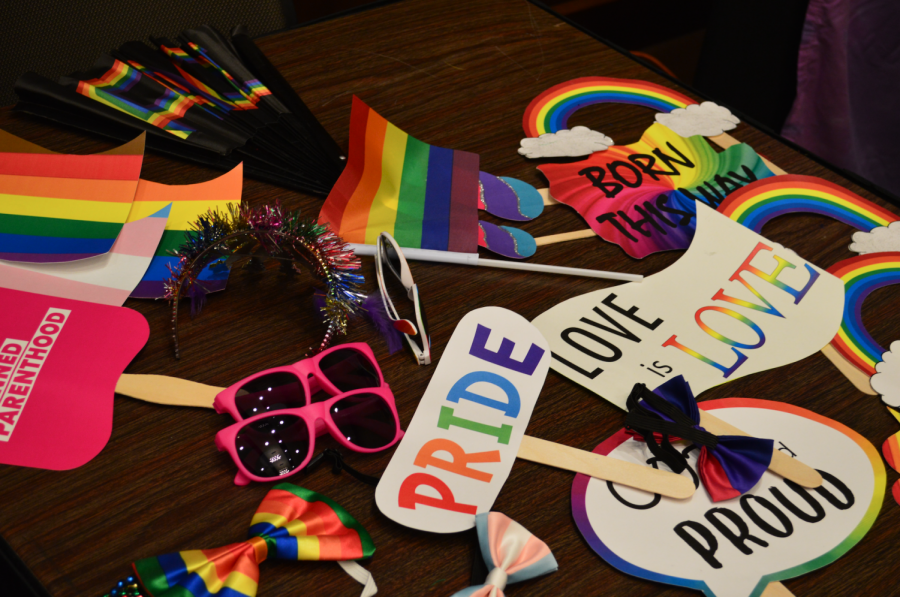 The University of Wisconsin-La Crosse’s Pride Center is celebrating it’s 25th anniversary at the university this year.

According to the Pride Center’s website, the goal of the Pride Center is “to foster a safe environment for all LGBTQ+ students, faculty, and staff, educate the campus and community on issues, and advocate for student success and inclusivity.”

The 150+ member organization is home to two collaborating clubs: Rainbow Unity, for UWL’s LGBTQ+ students, and Transform, for UWL’s transgender students. Both clubs meet once a week and share a space in the Cove in the Student Union.

Cudahy also stated that once a month the Pride Center collaborates with the Campus Activity Board to provide movie nights for any and all students that would like to attend, in an effort to spark conversations about inclusivity.

According to both Denning and Cudahy, pride members main prerogative is to provide the student body with the resources to create a safer, more inclusive environment.

Cudahy said, “I think we want to see more students involved and making sure the campus stays safe for all the queer students.”

According to Cudahy, many students consider the Rainbow Unity/Transform space in the Cove to be the safest place on campus, and she loves that the University provided this space, but that there are always ways to increase La Crosse’s inclusive climate.

“Promoting our ally workshops more would be helpful, making sure professors ask for pronouns and then honor what students tell them,” said Cudahy. “There are little steps everyone can take to make people feel more comfortable on campus.”

“The biggest thing the University can do to help the Pride Center thrive is by utilizing its resources, whether that be through checking out something at the library, attending events, or going to an ally training or panel” said Denning. “It is also important to challenge casual everyday homophobia/transphobia as seen on this campus and to continue to be open to learning and listening to others’ stories.”

The Pride Center website has many resources to educate students, including a pamphlet about terminology and politically correct methods of address.

In the Pride Center’s coming anniversaries, Denning would like to see some changes, including that of a separate student group for in LGBTQ+ and Transgender members who are indigenous folx, or people of color, to highlight their own unique experiences. He also mentioned creating a full-time position for the Pride Center Vanroosenbeek, as well as paid positions for members and leaders.

“The demand for Will outside the Pride Center often means he cannot be as available as he would like to be to the Pride Center, so one day being able to grow the Pride Center to be able to justify another full-time position has been something on our minds for some time now,” said Denning. “I personally would not only love to be able not only to have the resources to bring in more speakers and events, but also to be able to compensate more of our students for the emotional labor they put themselves through regularly in order to educate our campus.”

The Pride Center, and its composing clubs, Rainbow Unity and Transform, promote themes of solidarity and unity, and many students consider it an essential aspect of wellness at UWL.

“Having that community there reminds me that I’m not alone and that I have the power to help others like me,” said Daniel Clarizio, UWL student and member of the Pride Community. “The Pride Center has provided me the kind of security, support, and inclusiveness I and many others that are apart of LGBTQ+ need.”