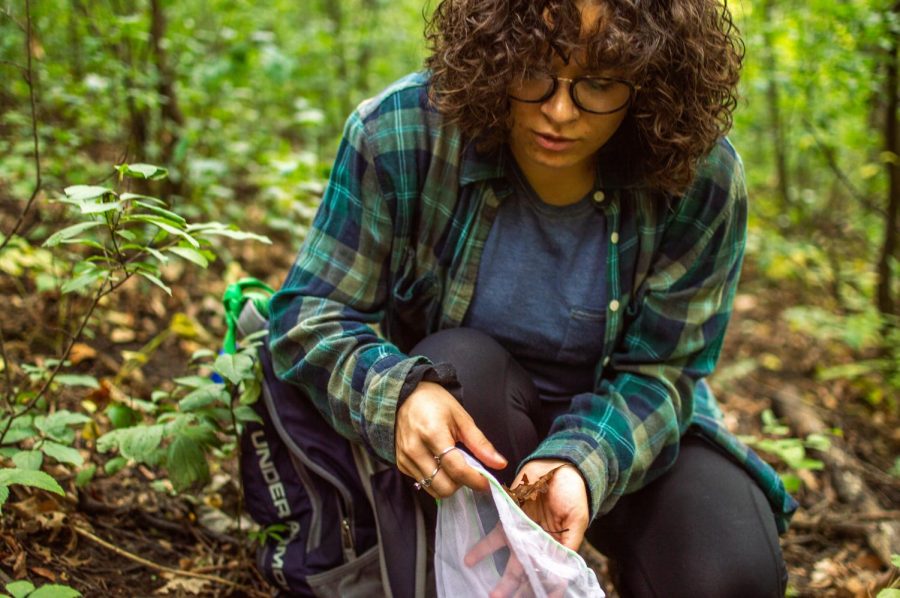 On Monday, September 16, the University of Wisconsin-La Crosse’s Mycology class and club met at Hixon Forest for a mushroom foray, or a mushroom hunt. For 90 minutes students searched off the beaten path for mushrooms of all kinds, edible and non-edible.

“Because this is the Driftless region and the glaciers missed this area, there are prehistoric mushrooms. In other areas the glaciers eradicated anything living there before,” said Vanessa Ressen, a senior in Dr. Volk’s Mycology course.

Tom Volk has been a professor at UWL for 23 years, specializing in mycology, plant pathology, and forest pathology. Volk is one of the advisors for the Mycology Club on campus, which his students started five years ago.

“We’ve been collecting at three sites for about 20 years,” Volk said, “and have collected about 1,200 species of fungi near La Crosse.” The club mushroom hunts together regularly in the fall and spring. “We invite the public to come as well,” said Volk.

After hunting and gathering, students returned to their indoor classroom to identify their finds.

Volk estimated that in our country there are “at least 50 really good edible mushroom species,” said Volk. “There are probably more than 100 you could eat if you had to.”