The Racquet Press • May 10, 2020 • https://theracquet.org/9754/news/to-me-it-is-just-another-form-of-art-two-uwl-students-who-engage-in-sex-work-share-their-story/

“To me, it is just another form of art” : Two UWL students who engage in sex work share their story 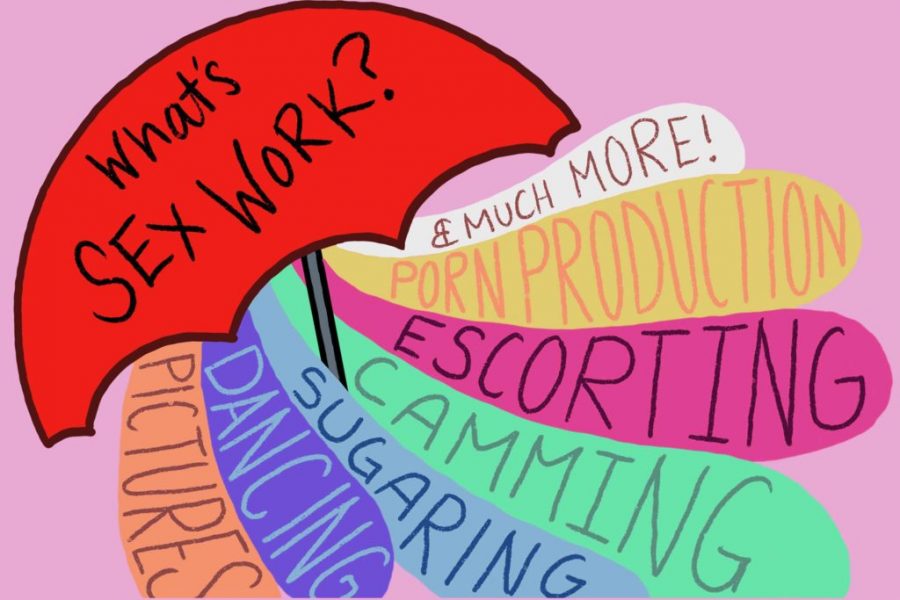 The sex work industry is one that is surrounded by stigmatization, misinformation, and criminalization. There are several different movements across the country and the world to decriminalize sex work and to create protections for sex workers. The common belief around sex work is that people participate in sex work because they feel that is their only option, they are desperate, or they are forced into it. However, people may enter the sex work industry for a multitude of reasons, including college students.

A UWL student who wishes to remain anonymous shared their experience in the sex work industry with The Racquet Press.

“I didn’t start going into it with an idea of what I was doing. It started when I met a date on Tinder. He asked me if I had any fetishes, and I was a little shocked but I asked him if he did, and he said, ‘yeah, I got a thing for feet’,” said the student. “I was kind of like, ok, it’s whatever, and then he asked me if I would take pictures and send them to him for a price, and me being a broke college student, I found the offer to be extremely beneficial for me.”

The student described feeling conflicted by the transaction. “In a way it empowered me, but it in a way it also was not empowering. He is asking for pictures of my feet and no other parts of my body. It feels good to be found attractive, but it sucks the only part that he found attractive was my feet. It was like a double–edged sword. ‘It’s like, yay, I make money because my feet are cute.’”

The student said that the person they was sending pictures to sent them a reference video on how to pose with their feet and explained that there are certain poses that are considered to be sexier, and pleasurable.

“When my feet are together, or the way that I rub them are what my clients find to be attractive. Videos are more popular than pictures, but they are just videos of just feet, no face, or other parts of the body. Painted toenails are a big yes, from pastel to pinks and purples, what some consider ‘feminine,’” said the student. “Sometimes they like the idea of feet to smell like buttery popcorn. To get more money you have to mention they have a smell similar to buttered popcorn. It just what they like.”

The student began selling photos of their feet to more customers after this first interaction. Some clients want to see the student wearing crazing socks, or white socks with sweat stains. They said one photo is $10 dollars, and a video is $15 but the videos never go over one minute long.  The student added that it is not time-consuming to sell the photos, with it taking five seconds to “snap a feet picture” or 30 seconds to make a video.

“It’s not prostitution. It is not pornography. To me it is just another form of art,” said the student. “If it [were] other parts of my body, I wouldn’t be so willing to send pictures, though, because that’s too private. It’s hard to explain,” they said.

The student explained that they needed money and they saw others on their Twitter feed engaging in camming. They said they marketed themselves on Twitter and created teaser length promos for their videos. The student added that they are “a huge supporter” of decriminalizing sex work.

“It [decriminizaling sex work] is necessary to stop incarcerations. Its [sex work] illegality facilitates violence against sex workers. It is also hypocritical of the state because a criminal record drastically reduces vanilla job opportunities,” they said.